TECNO CAMON 18 Premier has officially been launched in Kenya. The CAMON 18 was launched at a colorful media event that was held at the Movenpick Residences in Nairobi, Kenya. The launch was a star-studded event that was attended by local media partners, influencers, and related stakeholders. Influencers that graced the event include Diana Marua, […]

Infinix today announced the new ZERO X Pro smartphone in Kenya featuring a remarkable camera and visual capabilities that allow users to create a masterpiece out of every moment captured. The ZERO X Series includes three variants – the ZERO X Pro, ZERO X and ZERO X NEO – which all include breakthrough visual technologies […]

A MAN BUILDS AN HELICOPTER, A CAR AND A DRONE WITHOUT A DIPLOMA From a young age, Maxwell Sangulani Chikumbutso was driven by the same passion as his father: Mechanics. Degrees and long studies for him were just a waste of time. Very alert, he learned about electrical and computer technology very early on. After […]

Tecno phone company has unveiled some of the greatest offers during this period of love (valentines week) as a show of sharing love to their fans in the most outstanding way. TECNO is giving you a chance to participate in both online and offline activities and win. ONLINE ACTIVITY: #14daysofgivingwithTECNO What’s your love story? Did […]

TECNO CAMON 16 Premier recently won the “Camera Technology Innovation Smartphone Gold Award” for its outstanding camera functions at IFA – the world’s largest and most influential home appliance and consumer electronics event. The event was held in Germany from 3rd to 5th September. This achievement reaffirms TECNO’s camera capabilities as a leader in the […]

Nairobi Governore Mike Sonko set the internet ablaze when he appeared on TV wearing a bigsized headgear while supervising the ongoing fumigation exercise in the city. Unknown to many, the headgear is not your usual helmet used by mortobike operators and engineers on site,but a scientifically designed protective cover that has been used by health […]

DP Ruto’s director of communications Emanual Talam has been humiliated badly on twitter by bad ass lawyer Donald Kipkorir. Talam is one of Ruto’s useless aides whose job is just to earn a salary to sustain self in the city. It is a known fact that DP Ruto has the most fucked communications team ever […]

In front of an audience of millions around the world Rev Michael Curry delivered a powerful and moving sermon on the power of love for Prince Harry and Meghan Markle’s wedding . The presiding bishop of the American Episcopal Church’s sermon was entitled “The Power of Love” and was a meditation on love for individuals, […]

Facebook announced Monday it had opened its first African office in Johannesburg as part of its efforts “to help people and businesses connect” on the continent. The office will be headed by Nunu Ntshingila, a former executive at the advertising agency Ogilvy. “This office will support the significant growth in businesses and people using Facebook,” […] 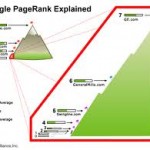 By Kenya Today On december the 6th, Google rolled out one of it’s infamous pagerank updates. The last round dates from february 2013. Pagerank is an indication of internet authority and is of utmost importance for webmasters, for it mediates the rankings in Google. Are you a website owner? Quickly check out how february’s pagerank […]