Kenyan musician Esther Akoth alias Akothee has been blocked from holding any performance in South Sudan. Reports reveal that the controversial singer had sent a request to hold a music tour in the country but it was rejected on moral grounds. It’s alleged that country’s top ministers led by Dr Nadia and Makuei Lueth are […] 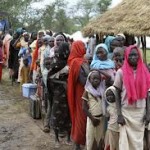 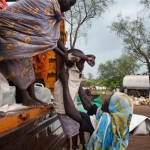 South Sudan’s first year of life has been marred by political uncertainty, lawlessness and an oil dispute. Its east African neighbours are watching for opportunities but wary of investing