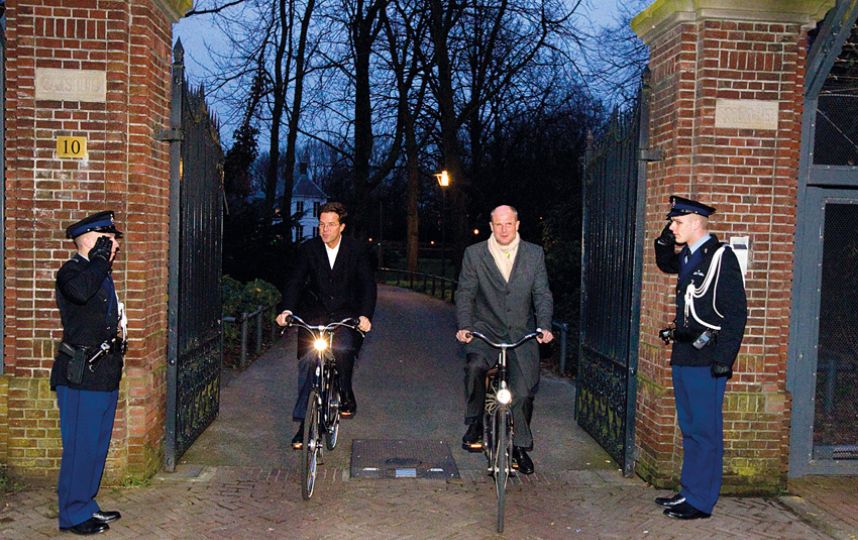 Prime Minister Mark Rutte of the Netherlands arrives earlier morning at his office for regular duties, with him is his chief of staff.

For those who may not know, Netherlands is an economic powerhouse ranked 16th in the world in terms of GDP. By all standards the country is rich YET the prime minister is NEVER driven in convoys.

In this shot video by the Dutch national Broadcaster, Prime Mister Rutter is seen arriving at his office and later in the evening going home on a bicycle. In the video the premier seen getting help to fix a minor technical hitch in his black mamba bicycle.

Even when he is on a state visit he always tries to maintain the tradition like in this video taken when he visited Israel.

Watch the video the police boss narrating to Iranians how the Dutch prime minister rides a bicycle to work.

In Kenya, a poor country by all standards, not only are ministers driven around in big fuel guzzlers, they are often escorted by chase cars of more than two vehicles.

While the country is engaged in the discussion on the public wages, little is being asked on our penchant for using excessive state resources to carry out duties which would be lighter without such resources.