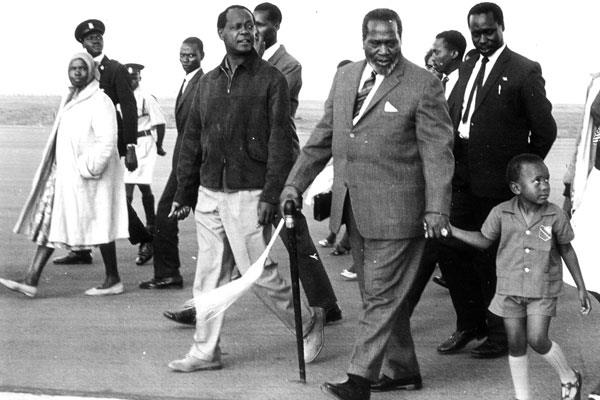 Siaya senator James Orengo has claimed he has a list of land grabbers in the country.

â€œI have a list of over 1,000 individuals and companies that grabbed land. That is the list bringing me trouble,â€ said Orengo during a press briefing at Panafric hotel on Monday.

The former Lands Minister, during whose tenure thousands acres of land illegally allocated were revoked, defended his tenure as lands minister.
â€œThe land cartels are vicious and have now ganged up. That is why they are fighting me,â€ said Orengo.

He said that he is being targeted because he revoked land titles for Deputy President William Ruto and Labor CS Kaziungu Kambi.

Ruto was ordered by court to return a piece of land he had grabbed from an IDP Adrine Muteshi and ordered to pay Sh5 million.

Orengo said he does not own land in Lamu either directly or through proxies.

â€œThe only piece of land I own in the Republic of Kenya is in a place called Ugenya and family land in Kericho County.â€

Orengo challenged the government to name all the Lamu landowners â€œsome of who were given land as birthday rights.â€

Politicians from the Jubilee Coalition have called for Orengoâ€™s arrest after President Uhuru Kenyatta ordered revocation of the Lamu land title deeds.

Lands Cabinet Secretary Charity Ngilu pointed a finger on the former lands minister and claimed that Orengo signed some of the allotment letters. Her claims have however landed her trouble with many terming her a clueless cabinet minister who knows little matters policy and procedures in her ministry.

It is public knowledge that only the President has powers to give land and that title deeds were signed by Lands Commissioner only and not the minister.