There was drama as a doctor and a patient were found in a compromising situation yesterday night at a leading hospital’s ward by a night watchmen.

The Watchman who was doing his regular checks in the wards found the doctor in the middle of the act and immediately raised an alarm that attracted other patients and staff at the hospital.

The watchman later explained that he had no intention to embarrass the doctor but was more concerned of the condition of the patient and if she had voluntarily agreed to the act. The doctor defended himself claiming he was tempted when the patient confessed to be hornie and requested to be touched slowly and nicely and then later wildly – this happened as was to monitor progress of the patient. The patient is alleged to have undressed so fast leading the doctor into immediate action. 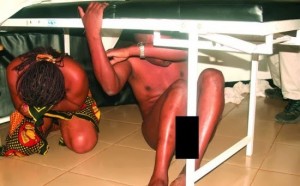 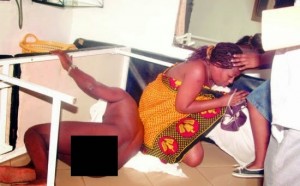