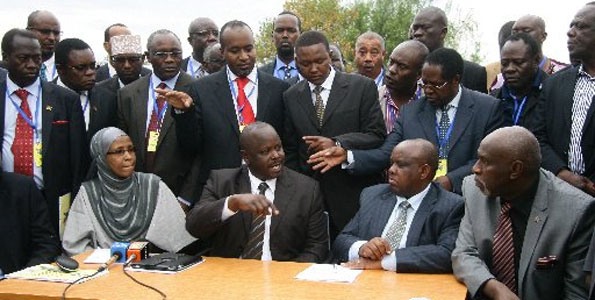 Let Governors Have Flags, It is a symbol of National Unity; â€œFlagging Governors.â€ When I was young and naÃ¯ve I was taught about the symbols of national unity and naively I read them to pass exams. I never questioned the veracity of the lesson nor asked why it was necessary to have such. I later on advanced; I was taught the importance of national unity and implications of bridging the existing unity.

I now appreciate and understand why national unity and national pride is relevance for both social-economical and political good. Without comparing to other countries, we can all agree that citizens can feel part and parcel of a country by fully owning what they feel belongs to a country. Walking out in open and being associated with what you fully own strikes a feeling of national pride that cultivates patriotism thatâ€™s good for nation building.

The ongoing debate on whether the Governors should be flagged is past by time and it is high time we wake up from our long time slumber lands and put national interests clear. Will Governors Salary be increased if they have flags on vehicles? Will Governors be immune to diseases if they have flags on vehicles? Will they be super-gods because they have flags? It is high time we reason out Fellow Kenyans. Whatâ€™s the problem with one proudly identifying himself with pride of a nation? Doesnâ€™t it imply he or she is proud of his or her nation and ready to defend any course to justify the means of success of a country?

Itâ€™s high time we have to reconsider the order of our interests and put them clear as per the needs of this nation. Time is passing and the next generation shall judge us based on the current deeds. For Any other restrictions and titles, put the measures you want, but please allow us to proudly own our symbols of national unity. Am just imagining a parliamentarian coming out and saying no citizen should put on a T-shirt with the name H.E. Uhuru Muigai Kenyatta? Imagine the scenario. Yet this is a national symbol we all own in one accord. Hope you think about this before passing it unlawful. My say.