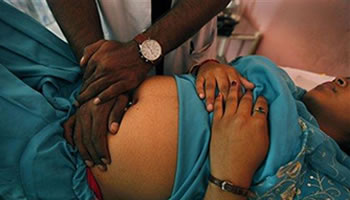 Everyone here can agree with me that we are living in a rapidly changing world. A world where people discuss things without contact or knowing each other. It is a world of change that we talk of.

And so, it is time we all accept that this change is touching on all sectors including marriage institutions.

In the recent and time to time statistics, we have all seen that it is apparent the number of women is by far more than the number of men. This from a critical point of view has got various implications. However, without wasting time to analyze the implications, the few that we know, how many times have we stood to counter their effects?

The truth is we cannot counter this effect if we still preach that practicing polygamy is a sin. Our Muslim brothers are allowed to marry the number of women one is willing to as long as one can fend for them. But why are we continually claiming that polygamy is a sin?

Do you mean God was not aware when He allowed number of women to be more than men?
Arenâ€™t you seeing prostitution on the rise?
Canâ€™t you see the number of single families we have so far?
How many men have â€œMpango wa kandoâ€?
And how many families are breaking and reuniting the following day?

Friends, the rules weâ€™ve put in place to govern marriage institution I donâ€™t think they are the will of God.Â Reason, if a man openly marries the first wife and then adds to more, instead of keeping them somewhere secretly and later on in his burial children be brought out to claim parenthood, which one is better?

Letâ€™s give marriage institution its deserving freedom and allow our women freely enjoy what God send them for here on earth. It is my view that by restricting men to one wife we are doing injustice to ladies who are in that excess number when compared to men.

We are traumatizing them and psychologically affecting their well being.Â Just but my view.