Kiambu Governor Ferdinand Waititu, who is facing corruption charges over Sh588 million irregular road tender, on Thursday morning walked to temporary freedom. Mr Waititu was set free after paying Sh15 million bail even as his application seeking a review of his release terms will be heard Friday. He had spent four nights at the Industrial […]

It was a dark day for Tarbaj MP, Ahmed Bashane, after he was stoned and jeered at by angry residents who rejected desks that he was distributing at Mansa Primary School. Residents stated that the MP had neglected them and often favoured some individuals when it came to awarding contracts in the constituency as The […]

Safaricom interim CEO Michael Joseph has revealed his plan to take the firm to the next level. Joseph, who took over Kenya’s top telecom operator following the demise of Guyanese-born Bob Collymore, said that he is determined to transform it during the short period he will be serving as the acting CEO pending appointment of […]

In line with the government’s initiative to expose graduates and students to working experience and job markets, the Public Service Commission has announced internship opportunities available in different departments for a period of 12 months. Jobless graduates are advised to apply the positions as this will enable them acquire knowledge and gain some working experience. […]

Kenya landed it’s first ‘female president’ after Nereah Amondi Oketch bagged the Ms President crown in KTN’s reality show on Wednesday night. Nereah, a Member of the Homa Bay County County Assembly, trumped four other worthy finalists, to become to take the crown. The charismatic candidate was quick to point out that each and every […]

Details of how a former powerful minsitster Nicholas Bowott corrupt deals with international companies exposed Marsabi and Kenya at large to cancer. The Senate Committee on health has picked up the Marsabit cancer scourge; local media houses are also set to head down to Marsabit. The interest my thread has generated is a positive one. […] 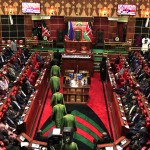 Detectives have opened probe after container sent to Parliament Buildings with goods donated by China arrived empty. Chinese Embassy says it’s shocked. Clerk of the National Assembly, Michael Sialai, confirmed that the container tagged ‘diplomatic goods’ was delivered on Tuesday, July 30, 2019, as expected but after the seals were opened, it was found to […]

Milele FM presenter Felix Oduor alias Jalang’o announced on Wednesday that he has resigned as Willy Paul’s official emcee. Jalang’o’s resignation comes approximately one month after he announced through his Instagram page that he will be working with Willy Paul. According to Jalang’o who was spoke on Milele FM Breakfast show, he is not comfortable […]