BY ADOW MOHAMED THE Somali Parliament on Saturday overwhelmingly voted for a motion that compels the Kenya government to withdraw its forces from Somalia. At least 160 MPs voted for the motion, in which they singled out the Kenya Defence Forces and demanded they leave the country forthwith. The MPs raised concerns concerning the latest […] 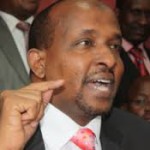 Hon Jakoyo Midiwo dropped a bombshell in parliament when he bluntly declared the house majority leader hon Aden Duale a terrorists and went on to reveal that Duale was using the Kenya Defence Forces in Somalia to trade in Charcoal. Hon Midiwo said it was public knowledge that hon Duale was trading in Somalia and […] 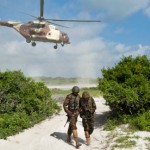 Kenyan soldiers at a base near the town of Bur Garbo, Somalia. Kenyan troops have attacked Kismayo by sea and air. Photograph: Ben Curtis/AP Residents shelter from the fighting as Kenyan army and Somali forces push deep into al-Shabaab stronghold BY: Clar Ni Chonghaile in Nairobi for the guardian.co.uk, Friday 28 September 2012 09.30 BST […]

By Kenya Today KDF Tweet:Â â€œKDF TROOPS HAVE TAKEN CONTROL OF KISMAYU!!!â€ The Kenya Defense Forces has taken control of Kismayu the last stronghold of Somali militants-Al shabaab. KDF spokesman Col Cyrus Oguna claimed victory stating that Kismayu was liberated at 2 am on Friday with jets and ground forces. Several Alshabaab warriors were killed during […] 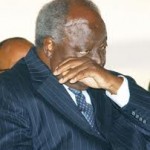 BY: William O. Makora The President of Kenya, H.E Stanley Emilio Kibaki began his tenure with pomp in 2003. A spirit of gaiety engulfed the nation as the people hoped that dreams which included improved healthcare, education system, unity and security and general welfare would be realized. Kenyans believed that the anxiety for â€˜a dream […] 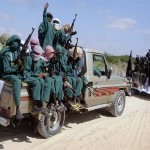 BY: ISAACKÂ  NYAKUNDI Abdikadir Duecsane a top Al shabaab strategist who also doubled as the militiaâ€™s commander in the southern town of Jilib near Kismayu is dead. Duecsane was among those killed when a missile launched from sea by Kenya naval ships hit a strategic facility and positions where the militias were holding a […] 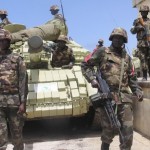 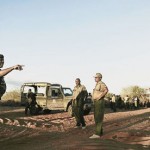 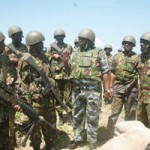 BY: Isaack Nyakundi The African Union troops (AMISOM) have killed 36 Al Shabaab fighters in a renewed military offensive to bring them closer to Kismayu, the stronghold of the militant group. Two Kenyan soldiers were reported killed and five others are missing. Al Shabaab confirmed they incurred causalities; they paraded two bodies of the Kenyan […]