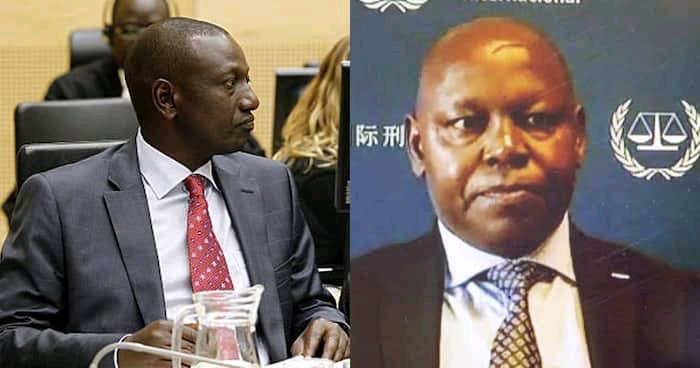 Kenyan lawyer Paul Gicheru died on Monday at his home in Karen, Nairobi. He was aged 50.

Gicheru became a household name in 2020 after charges of alleged bribery of witnesses testifying at the International Criminal Court (ICC) were preferred against him at the Hague-based court.

He was accused of bribing and intimidating witnesses in the failed International Criminal Court (ICC) case against President William Ruto.

So who was this man Paul Gicheru?

Paul Gicheru was born in 1972 in Nandi County. He attended Kapsabet Boys High School before proceeding to the University where he secured a law degree after which he proceeded to the Kenya School Law for a post-graduate diploma.

On March 31, 2010 , ICC’s Pre-Trial Chamber II authorised the Prosecutor to open an investigation into the political violence that rokced Kenya after the 2007-2008 elections.

Later, a warrant of arrest was issued under seal against Paul Gicheru and Philip Kipkoech Bett on 10 March 2015 and unsealed on 10 September 2015

On November 2, 2020, Gicheru surrendered to the authorities of The Netherlands pursuant to the arrest warrant for offences against the administration of justice consisting in corruptly influencing witnesses of the Court.

A day later on November 3, 2020, Paul Gicheru was surrendered to ICC custody after the completion of the necessary national proceedings before making his first court appearance on November 6.

The charges against him were confirmed on July 15, 2021, with the Chamber noting that Mr. Gicheru worked together with others to undermine the cases against William Ruto and journalist Joshua Sang.

Gicheru pleaded not guilty to the charges against him with the closing statements from both the prosecution and defence being delivered on June 27, 2022.

The chamber was yet to pronounce its decision on the conviction or acquittal of Gicheru.