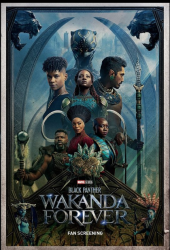 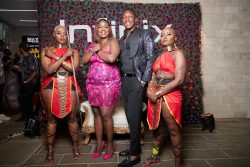 Wakanda is led by Queen Ramonda (Bassett), the late Black Panther T’Challa’s mother, as his sister Shuri (Wright) figures out her own powers and limitations. Talokan’s leader Namor (Huerta) is a demi-god with wings on his ankes, pointed ears and a bleeding heart for his people.

On Wakanda’s side, all the levers of dominance lie in the hands of women. If Coogler does not make any concession for box office-friendlier White faces, he makes none either regarding women as heroes of his story, with no men around to soften the blows. In fact, Ramonda’s reaction at realising that Shuri might be under threat is as different as it gets from a King’s might be – she does not pretend that the loss of family is tempered by duty.

A fitting tribute to the first Black Panther film and the man who played it, Chadwick Boseman, written and directed by Ryan Coogler again, Wakanda Forever manages to capture the nobility of a true Marvel hero without the adornments of one.

It is also as political as the last film, if more ham-handed, about how the chips fall in this world. And in reimagining the same should the southern part of the globe have evolved as the more developed one.

If Wakanda is one of those two countries, the other is Talokan, formed by a people who have been forced undersea in the Mesoamerican area by Spanish conquistadors. Also in possession of the much-coveted-of-all minerals Vibranium, like Wakanda, Talokan threatens to be as big a power as its counterpart.

While Wakanda wants the world, which has been eyeing it since Black Panther’s demise, to leave it alone, Talokan wants to go forth and destroy any chance of the world posing a danger. Do Wakanda and Talokan have to fight it out, or can they be allies?

The film spends genuine time exploring the possibility of peace between peoples pushed to the edges of existence.
Below is how it went DOWN: