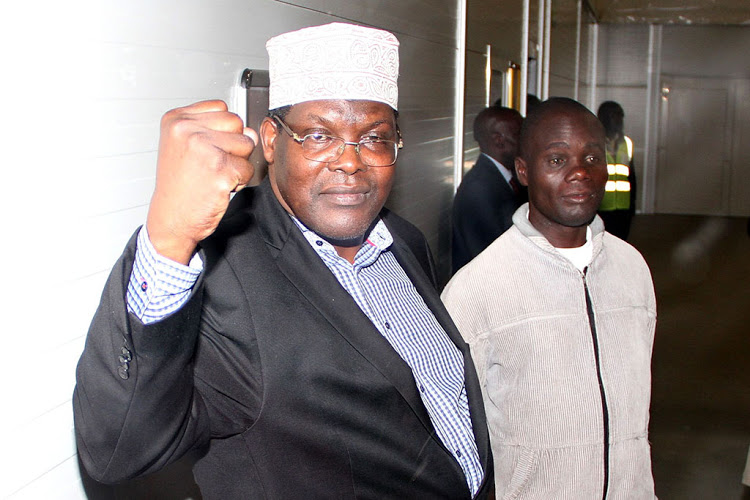 The kenyan  Attorney General Paul Kihara Kariuki has been summoned by a Nairobi highcourt to explain the state’s disregard and violation of court orders regarding self proclaimed  National Resistance Movement (NRM) general Miguna Miguna.

“I direct the attorney general or a senior official from his office to appear in court and explain, on a date to be agreed,” Justice Mativo stated while noting Miguna’s lawyer, John Khaminwa’s emphasis of the government’s disobedience of court orders.

Miguna’s senior lawyer John Khaminwa wanted the respondents(government) found guilty of contempt of court arguing that they failed to ensure Miguna’s re-entry in the country was facilitated, as ordered by various  courts. He also sought to have Miguna compensated by the state for violating his rights.

However in their argument ,the government maintained that Miguna should re-apply for a new generation passport, at any Kenyan embassy. They agrees to facilitate his re-entry at Jomo Kenyatta International Airport (JKIA).

Khaminwa fought back stating that the court had ruled that Miguna be allowed to travel with his national identification card and the state not to interfere with his return.

Miguna has now failed in three attempts to board flights back to kenya since his deportation in 2018.

The government Spokesperson Colonel (Rtd) Cyrus Oguna, maintained that Miguna’s woes were of his own making, describing him as an unruly passenger.