In a bid to fight corruption, Kenyans woke up to the mysterious banners plastered on footbridges along busy highways in Nairobi.

‘We demand a working Judiciary free of corrupt judges now!’

These are the words written on two banners in Nairobi’s Pangani Estate and Nyayo footbridge.

This was to ensure that commuters and pedestrians notice and read what the posters were about.

“Why is the majority of inmates in Kenya the poor people? We demand a working Judiciary…”one poster read. 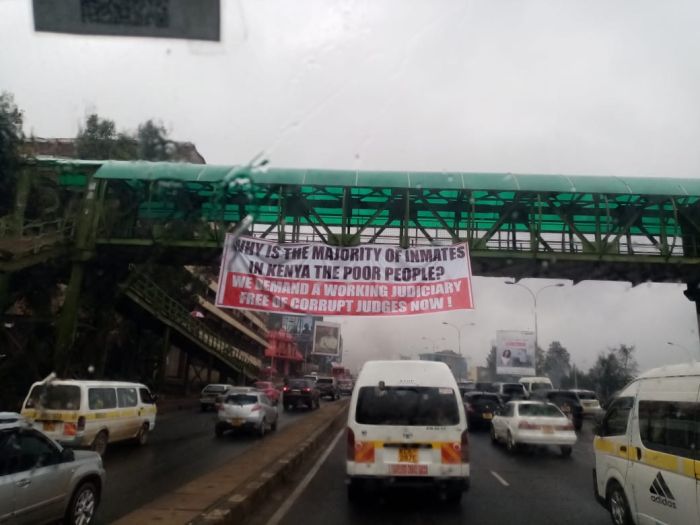 The brothers, Baktash Akasha, and his younger brother, Ibrahim, whose cases had a series of adjournments in Kenya, were on January 31, 2017, extradited to the United States to face charges of running an international drug trafficking operation.

“Akashas were free in Kenya for over four years with cases but were jailed in Two months by a USA court. We demand a working Judiciary free of corrupt judges now!” the banner read. 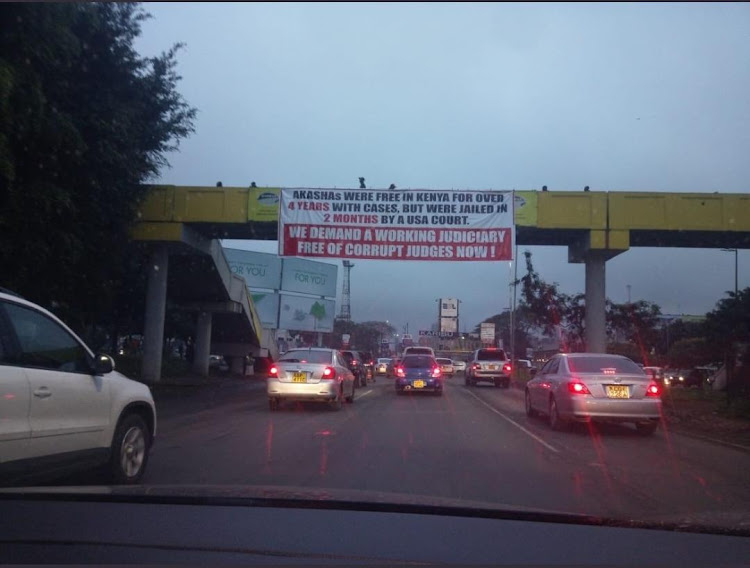