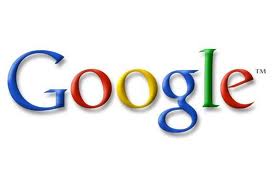 The pursuit of paid bloggers by Judge William Alsup, who presided over the Oracle-Google trial earlier this year, has gone into its second lap. Google, says Alsup, “failed to comply” with his order demanding the two sides to reveal whether they pay anyone who has commented publicly on the trial, with a disclosure date of last Friday. Only Oracle offered any names, that of Florian MÃ¼ller, who it pays a retainer, and who writes the FOSS Patents blog.

Now Alsup has told Google that “the order was designed to bring to light authors whose statements about the issues in the case might have been influenced by the receipt of money from Google or Oracle” and that its statements on Friday – in which it said that it pays nobody directly, but said that many bloggers might receive money indirectly, as well as staff, and some people at institutions indirectly – “failed to comply” with his original order.

On Friday Oracle formally noted the relationship with MÃ¼ller, who first disclosed the payments in April on his blog as the trial got underway. He has also previously disclosed that he is paid by Microsoft over patent consultancy.

“Even though the payment was for consulting work, the payment might have influenced the blogger’s reports on issues in the civil action,” writes Alsup in his latest order. “Just as a treatise on the law may influence the courts, public commentary that purports to be independent may have an influence on the courts and/or their staff if only in subtle ways. If a treatise author or blogger is paid by a litigant, should not that relationship be known?”

That echoes accusations made by Oracle in its submission, in which it said that Google “maintains a network of direct and indirect ‘influencers’; to advance Google’s intellectual property agenda. This network is extensive, including attorneys, lobbyists, trade associations, academics, and bloggers, and its focus extends beyond pure intellectual property issues to competition/antitrust issues.” It alleged that “Google brought this extensive network of influencers to help shape public perceptions concerning the position it was advocating throughout this trial.”

Alsup apparently agrees that may be more to Google’s influence than direct payments. Google now has until noon PST on 24 August to disclose payments. Alsup told it: “Payments do not include advertising revenue received by commenters. Nor does it include experts disclosed under Rule 26 [to the court]. Google suggests that it has paid so many commenters that it will be impossible to list them all. Please simply do your best but the impossible is not required. Oracle managed to do it. Google can do it too by listing all commenters known by Google to have received payments as consultants, contractors, vendors, or employees. As for organizations receiving money, they need not be listed unless one of its employees was a commenter. Gifts to universities can be ignored. Again, Google need only disclose those commenters that can be identified after a reasonably diligent search.”

That will probably broaden the number of “paid” commenters on Google’s side, as it funds a number of organisations. Oracle suggested a couple of organisations which receive money from Google and which were not listed on its 17 August disclosure.

But there’s a kicker for Oracle too in the order: “Oracle must supplement its list if this order clarifies any issue for Oracle.”

Even so, what is still unclear is the extent to which Alsup thinks members of the jury – who came down in Google’s favour on almost every point in the trial – were influenced by any paid bloggers. As the payments to MÃ¼ller clearly had no effect, it remains an open question whether Alsup thought Google somehow benefited from any network of funded bloggers and commentators.