Former Prime Minister Raila Odinga has denied reports that he is constructing a sh.1 billion home in the outskirts of Kisumu town as appearing in a section of the local press. Yesterday, Star Newspaper, read wildly and widely by ‘smart people’ run a lead story that Raila Odinga is erecting a multi-billion shilling 70 room […] Sometime early this week, former Prime Minister Raila Odinga’s Facebook account posted two successive updates which could only mean the opposition leader was at the verge of releasing some damning, or earth-shaking ‘unknown’ to bear on Uhuru government, or his party, ODM, currently faced with internal power games. Even as supporters celebrated and competitors jeered, […] 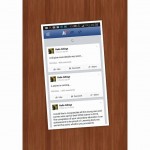 Whether by coincidence or determined so, Kenya’s Â First Lady Mama Margaret Kenyatta will be in Boston over the weekend to participate in the Boston Marathon which former Prime Minister Raila Odinga has already been booked in as one among many Kenyans to cheer hundreds of compatriots in the finishing line. As recently happened in Nairobi, […] The two principals in the former Grand Coalition government are busy on national and international matters as one serves his retirement and the other ‘regroups’ for another stab at the presidency. CORD leader and former Prime Minister is in Boston for a one-month academic tour. Raila’s Boston trip has embarrassed top Jubilee government functionaries with […] Supporters Â of CORD leader Raila Odinga openly disagreed with their party leader’s scorecard on the Jubilee Alliance government, saying he is too lenient on a government that has shown it has no idea on how to govern the country. The Cord leader on a diaspora radio show had awarded the Jubilee Alliance what has been […] Youthful Cherengany MP Wesley Korir has endorsed ODM leader Raila Odinga for presidency in 2017 saying the former PM lost huge chunks of the Rift Valley and other regions due to Jubilee fear-mongering and insults by a section of the alliance’s leaders in the run up to the 2013 elections. Korir singled out former Cherengany […] CORD leader Raila Odinga has dismissed the much hyped weekend defection of former Narok MP William Ole Ntimama as an exercise reminiscent of the old KANU politics. Dismissing Ntimama’s move, Odinga said Ntimama is only finding ‘better way’ of working for the people. “The Maasai have been in the cold for more than 10 years, […] By Dikembe Disembe Can Odinga use his current US tour to recast core issues in Africa-America relations? To be a global leader you must address global phenomena. Donge? Increasingly, America and Europe is facing new political and economic realities in places which traditional stick and carrot diplomacy would have succeeded. Last year, Kenya rejected America’s […] 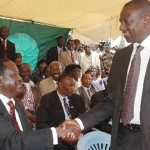 By Sospeter Otieno Ruto’s road to State House, even though laced with a cache of â€œexplosivesâ€, is plausible. However, it depends on a host of factors. The first hurdle would be his case at the ICC. This is the most tricky box, because out of it are only two options, being jailed, or being acquitted. […] 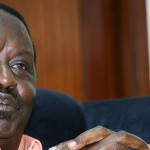 The People’s President Rt Hon Raila Odinga has refuted rumours doing rounds on social media that he was set to testify at the Hague based International Criminal Court. Prime Minister Odinga termed the rumours baseless and idle propaganda meant to divert the country’s attention from urgent matter like the ran-away public wage bill, stagnating economy, […] 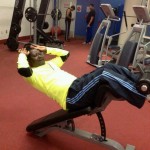 This is being healthy ! both in body, spirit and mind…… the People’s PRESIDENT RAILA AMOLO ODINGA enjoys a work out session at Boston University’s gym. “It helps keep the mind clear and alert,” he says. Keeping fit has always been a hobby of the Prime Minister’s from his days as Captain of Bunge FC. […] If you were biting with appetite to watch Mohammed Ali and John Allan Namu bring to your screens the scandalous events which propelled President Uhuru Kenyatta to power, more shock awaits you: the show has been cancelled! Kenya Today is receiving disturbing information that President Uhuru called the Standard Media Group’s top CEOs and warned […]

Nation Media Group and The Standard Group, publishers of Daily Nation and Standard Newspapers respectively and known for anti-Raila Odinga media policy will be the biggest losers in Tinga’s one-month absence from the country. Already, murmurs are that scribes like Isaac Ongiri (NATION) may lose their jobs for a month waiting the return of Raila […] 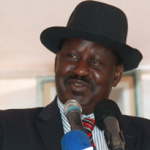 The peoples’ president Rt hon. Raila Odinga left the country for USA last night (1oth of March 2013) for a month long visit. Rila’s departure is likely to complicate matters for Uhuru’s propaganda machine who will have to find worthy news for prime time. Too bad Raila is now a candidate for the world’s international […] 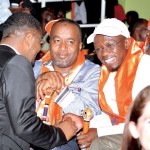 By Kute Osano via Facebook Of late, I have been keenly following Ababu Namwamba and as I recently watched his interview on TV, I could not help eavesdrop on a conversation taking place on the other table with the question, â€œDoes Raila know that Ababu Namwamba can be his Kingmaker?â€ Indeed a Kingmaker is a […]

Micah Kigen, the former Chairman of FORA (Friends of Raila) lobby which was among the earliest lobby groups to start early campaigns for Raila’s 2013 presidential bid has revealed how Eliud Owalo destroyed FORA once he became the head of Raila Odinga presidential secretariat. “Owalo was a quack from day one. He had been brought […] 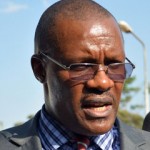 The people’s president Raila Odinga has denied claims that estranged political consultant Eliud Owalo worked for the ODM party, Owalo who claims to be management consultant shocked many when he made public a sub-standard resignation letter. Raila sought to confirm that Owalo who cannot write a standard resignation letter has NEVER worked for ODM, he […] In a scathing opinion article published in the Standard Newspaper, Denis Kodhe, the original owner of the Liberal Democratic Party, the precursor to ODM, has tore into the candidature and politics of ODM’s “Team Fresh”, the group of ODM party apirants coalescing around Â Budalangi MP Ababu Namwamba, Mombasa Governor Ali Hassan Joho and Turkana Governor […]