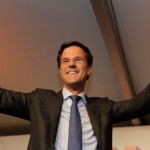 Two Dutch centrist parties may form a left-right coalition after securing an absolute majority between them in the election BY:Ian Traynor, Europe editor for the guardian.co.uk, Wednesday 12 September 2012 23.16 BST Two Dutch centrist parties were preparing to stitch up a new left-right coalition after securing an absolute parliamentary majority between them in a […] 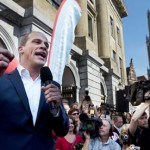 Vote regarded as Europe’s bellwether ballot with Socialist party expected to double seats and Labour vying closely with liberals BY: Ian Traynor in Maastricht for guardian.co.uk, Sunday 9 September 2012 15.45 BST A year from retirement after decades working in a bank, Ger Coolan is contemplating the unlikeliest switch in his political conduct ever â€“ […]