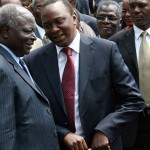 BY: William Makora When President Mwai Kibaki appointed Kenyatta as Minister for Local Government on 8th January 2008 after an extremely controversial election exercise, it was not clear that the son of the first president of Kenya, Mzee Jomo Kenyatta, was destined for enormous responsibilities in the shadows of the President. However, on the mirror […] 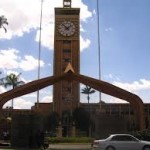 BY: Isaack Nyakundi In a move geared to enhance his legacy, President Mwai Kibaki declined to assent to the Finance Amendment Bill (2012) passed by parliament on Thursday 4Th October 2012. The amendment would have seen MPs go home with Sh2 billion in hefty severance allowance at the end of their term next year. A […] 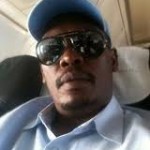 BY: Isaack Nyakundi This is perhaps the least one could have expected an MP aspirant from Central Province to say as Kenya went up in flames, then ECK chairman Samwel Kivuitu had defied majority wishes and declared Kibaki the winner of the 2007. On 30th December 2007,Â  the flamboyant Juja MP hon. William Kabogo made […] 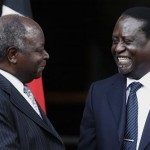 BY: RASHID WANJALA Ever since the 2002 Kibaki Tosha declaration, Railaâ€™s rise and rise and riseâ€¦..to political prominence began, by 2005 referendum only Kibaki Â could rival his ratings. He had curved himself a new niche as not just the â€œtop dawgâ€ but also the master tactician of Kenyaâ€™s political stable. The pre-election Memorandum of Understanding […] 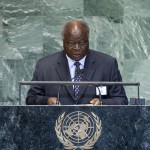 By Kenya Today A great speech by the retiring H.E Mwai Kibaki at the UN General Assembly. 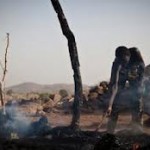 BY: Isaack Nyakundi President Kibaki ordered a dusk to dawn curfew in the coastal county of Tana River following the killing of 38 people including nine police officers. The massacre was carried out in the earlier morning hours of Monday. “The Government has … directed the declaration and maintenance of a dusk-to-dawn curfew among other […] 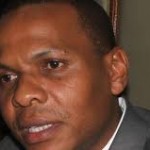 By Kenya Today Hon. Danson Mungatana finally came to terms that the man he campaigned for with his body and soul-President Kibaki is nothing better than his predecessor, now Mungatana regrets supporting Kibaki! Interview with Hon. Mungatana 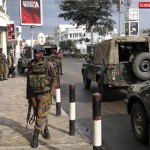 BY Isaack Nyakundi Prime Minister Raila Odinga has blamed the violence in Mombasa on enemies who are keen on plunging the country into chaos by creating religious animosity between Christians and Muslims. The PM has been in Mombasa since Tuesday night to meet Christian and Muslim leaders, he condemned Sheikh Rogoâ€™s killing and termed it […] 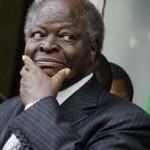 By:Â  William O. Makora The coalition government is in its sunset years of governance. For the past four years, it has wobbled from one crisis to another leaving Kenyans to wonder as to who is in-charge. The third President of Kenya, Mr. Stanley Emilio Mwai Kibaki, with his trademark of hands-off style of leadership […]