At the London Marathon where First Lady Margaret Kenyatta took to the track to raise awareness on maternity deaths in Kenya and construct 47 mobile clinics, among the ‘guests’ at hand to cheer him to the finish line was the flamboyant Nairobi Senator Mike Sonko. Sonko who rode with the Kenyattas took the moment, on […]

President Uhuru Kenyatta, Nairobi Senator Mike Sonko and Jubilee House Majority leader Aden Duale is in London to cheer first lady Margaret Kenyatta who is participating in the race to raise awareness of maternity deaths in Kenya. Mrs Kenyatta becomes the first First lady to join the elite race for a social cause. By Dikembe Disembe Nairobi senator Mike Sonko has warned a Mombasa based lawyer who’s entangled in a nasty court case with a widow in Mombasa to return to the woman her wealth. The lawyer, Ms Lucy Momanyi, in response, is accusing the Nairobi Senator of threatening messages over a criminal case in which a Mr. […] The fallout in Nairobi County politics took another twist with governor Evans Kidero terming senator Sonko’s last week allegations of Ksh.9 billion loss of county funds under Kidero’s watch as ‘defamatory’ and meant to ‘intimidate, embarrass and frustrate service delivery in the city’. Senator Sonko had alleged that Kidero has embezzled county funds with no […]

According to a ‘gossip’ news on Jackal NewsÂ Â Women Rep Shebesh, who not long ago had a bitter fallout with Sonko after semi-nude photos of the two emerged, has warned that she is not yet done with Sonko. WhileÂ Nairobi Senator Mike Sonko is known for his don’t care and ready to die attitude, now it seems […] Nairobi Senator Mike Mbuvi Sonko has warned city governor Dr Evans Kidero (ODM) and Women Representative Rachael Shebesh (TNA) Â to sort out their differences before the end of the first week of February or face a million signatures which will automatically eject the two from office. Sonko has indicated he will be on the gubernatorial […] By Dikembe Disembe As the year ends, so is the politics of 2013. It is the year which saw kenya change the occupants of certain key offices including the president of the republic. Also, the new constitution ushered in various new elective posts, key among which was the re-establishment of the Senate. Initially, it appeared […] Senator Mike Mbuvi Sonko flexed his influence and authority within the government of President Uhuru Kenyatta which saw the appointment of seven Kambas in the newly restructured state parastatals. Notable appointments include politicians Agnes Ndetei who will Chair National Drought Management Authority, Prof Philip Kaloki bagged the lucrative Kenya Medical Training College where he will […] At the peak of Shebonko (the social media love-sex scandal between Nairobi Senator Mike Sonko and Women’s Representative Rachel Shebesh) one name prominently came out as the fall-back guy: Blogger Roy Ogolla Kohadha. To so many people, especially Kenyans on the internet, the term ‘blogger’ is fast becoming synonymous with ‘propagandist’, both of which conjure […] 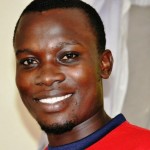 Roy Ogolla he of the the famous Sonko & Shebesh’s nude photos, is DEAD! Rumours hit new media platforms -Twitter and Facebook flooding with speculations, however it was later confirmed by family members that indeed Roy had passed on after sustaining fatal injuries on Sunday 22nd December 2013 after the car (Prado) he was driving […]

Nairobi Senator Mike Sonko has defended his photoshop with departed democracy icon Nelson Mandela which recently caused a stir in both local and international media. When contacted by this writer, Sonko said that was his own special way of celebrating the life of Nelson Mandela. “Mandela was a man of the people. He liberated many, […] Nairobi Senator Mike Mbuvi Sonko released an ‘official’ photo where he met (while smiling) and embraced the departed anti-apartheid hero. While Sonko meeting with Mandela has not been known in the public, the released photo adds to the mystery surrounding the flamboyant senator. Legend has it that Sonko was a foreign affairs ‘technical staff’ at […]

The shameless ongoing drama involving Nairobi Senator Mike Sonko and women Rep Rachael Shebesh has taken a new twist with the revelations that Blogger Roy Kohadha Ogolla, a known social media writer and film-maker attempted to exhort money from the Nairobi senator to ‘clear’ the Senator’s name from the messy allegations of making out with […] Though he is not the President of the Republic of Kenya. Though the Jubilee propaganda machine maligned him as ‘analogue’ and ‘unfit’ for leading Kenya in a digital age, and succeeded, albeit through a series of institutional chicanery; Â CORD leader Raila Odinga, in his four decades of political and public life, did a few outstanding […] When Nairobi Governor Dr Evans Kidero lost his cool and slapped TNA women representative Rachel Shebesh in a confrontation which left the city awed, wild and, in some quarters, charmed; another revelation is now emerging that Hon Shebesh was engaged in yet another scuffle on Thursday by Hon Mike Sonko, the Senator for Nairobi County. […] 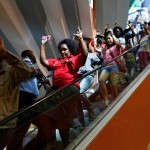 NAIROBI; KENYA :Â NairobiÂ Senator Mike Sonko sensationally told the Senate that security organs and intelligence officers were aware of an impending attack on key areas inÂ Nairobi, including the Westgate Mall. Sonko claimed that he had helped two women of either Asian or Arabic origin to offer information to police onÂ Al-ShabaabÂ militiamen who were targeting sections ofÂ Nairobi. He […] By Kamau Kinyua I went to the west gate mall to see what it means to be a journalist. I must have been thrilled. There was confusion everywhere. A few dead bodies, splattered everywhere. Then news sprang in the area that the president would tour the area accompanied by former PM Raila Odinga. I waited, […] Drama and more drama. We now have leaked pictures! Senator Sonko today once more tore into journalist Caroline Mutoko with a new warning, and an ultimatum: GET OFF MY DAUGHTER! Sonko who said he is not joking at all told the journalist to concentrate on meaningful things which can help Kenya to grow, rather than […] 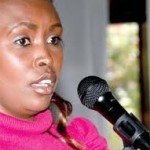 Nairobi Senator Mike Mbuvi Sonko has elaborately set the record straight over his morning altercation with Radio presenter Caroline Mutoko. In a candid chat with this writer, the Senator who still reeled from anger and disgust from the morning botched interview maintained that upper middle class journalists like Caroline Mutoko do not understand the kind […] 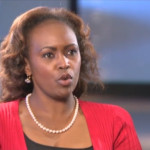 What is the plan ya kesho, kesho- kutwa ya hawa watu? A normal call-in interview between Nairobi Senator Mike Sonko and Kiss FM Radio presenter Caroline Mutoko went haywire when the journalist insisted on questioning the flamboyant senator on long term solutions to the problems bedevilling poor Nairobians. Mutoko whose line of questioning seemed to […]