The net is recently awash with debate by enthusiastic ODM supporters who hope that the Feb 28 elections will usher in the changes that they yearn for. But they want fast change, which has always been a recipe for disaster even in corporate circles. Change Management guru and Harvard Business School Prof. John Kotter, he […]

By Macharia Gaitho for Daily Nation The Orange Democratic Movement has been in the news as jostling picks up ahead of the party elections. The kind of interest the pulling and shoving has generated indicates that it is not just about who is who in the emerging line-ups; it is about the fate of ODM […]

THE stakes are quite high in the upcoming Law Society of Kenya polls which have been characterised with fierce campaigns unprecedented in the history of the society. The 6,037 lawyers registered to vote in the Thursday poll will pick 12 council members – including the chair and his vice, as well as three disciplinary committee […]

THE stakes are quite high in the upcoming Law Society of Kenya polls which have been characterised with fierce campaigns unprecedented in the history of the society. The 6,037 lawyers registered to vote in the Thursday poll will pick 12 council members – including the chair and his vice, as well as three disciplinary committee […]

By Dikembe Disembe Erudite! That’s all I can say of Field Marshal (Gen) Ababu Namwamba, Member of the Orange Democratic Movement party – the largest political party in Kenya. A ‘potentate’ for the Secretary General’s vacant slot. A tried and tested trooper. An intellectual-politician, a protege of that great Czech Republic’s father: Vaclav Havel. Ababu […] Long serving secretary to the ODM National Elections Board (NEB) and East Africa legislature Judith Marata Pareno will be the face of ODM elections when the polls open next month to elect national party officials. Hon. Pareno takes over from former Roads Minister Franklin Bett who claims he has quit the party after bungling the […] That Raila Odinga will be on the ballot in 2017 is causing Jubilee Alliance sleepless nights and long days as they have so far terribly failed to fulfil most of those lofty promises it pledged Â during the 2013 elections. With new corruption allegations, open tribalism and nepotism, an economy dwindling with planned massive layoffs, it […] 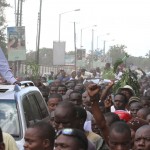 By JAMES MBAKA and RAWLINGS OTIENO for the STANDARD Demands for CORD leader Raila Odinga to apologise over remarks linking the military to alleged rigging in the last presidential elections has created a firestorm, with coalition MPs terming them as â€œridiculous.â€ This came a day after the electoral body and the Secretary to the Cabinet, […] 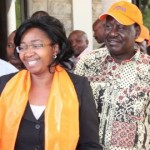 By Solomon Sudi Baraka ODM, the largest party in Kenya is soon going to hold elections to choose office holders that will steer it to the future. The men and the women who will be elected will to a large extent determine whether it shall remain in the opposition or form the next government that […]