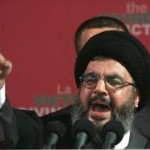 By Kenya Today Hezbollah leader Sayed Nasrallah evokes a week of new protests against the anti-islam movie ‘Innocence of Muslims’. According to Nasrallah, the film is truly the deepest insult for the islam in the history of human mankind. Last week the protests lead to several casualties, including US Ambassador Chris Stevens. Google, owner of […] 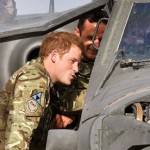 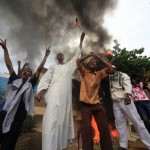 British, German and US envoys targeted as riots erupt from north Africa to south-east Asia BY: Julian Borger for the guardian.co.uk, Friday 14 September 2012 19.44 BST A wave of anger that saw British, German and American embassies in Khartoum attacked by rioters swept across the Muslim world on Friday, with violent scenes playing out […] 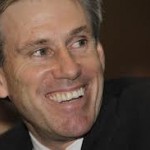 BY: Kenya Today and Agencies U.S. Ambassador J. Christopher Stevens (April 18, 1960Â â€“ September 11, 2012) died Tuesday in an assault on the American Consulate in Benghazi, the very city where he had arrived in the spring of 2011 to help build ties between the upstart rebellion and the rebels.   Stevens graduated from the […] 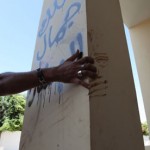 A Libyan man explains that the bloodstains are from an American employee who grabbed the column while being evacuated from the consulate in Benghazi. Photograph: Mohammad Hannon/AP Visit to burned-out consular building reveals extent of attack and gives Libyans a chance to disown mob and offer condolences BY: Chris Stephen in Benghazi for the guardian.co.uk, […] 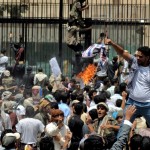 No casualties reported in the attack in Sana’a, which happened a day after the US ambassador to Libya was killed in Benghazi BY: Julian Borger for guardian.co.uk, Thursday 13 September 2012 13.10 BST Arab outrage triggered by an anti-Islamic film made in California has spread to Yemen, where protesters attacked the US embassy in Sana’a. […]