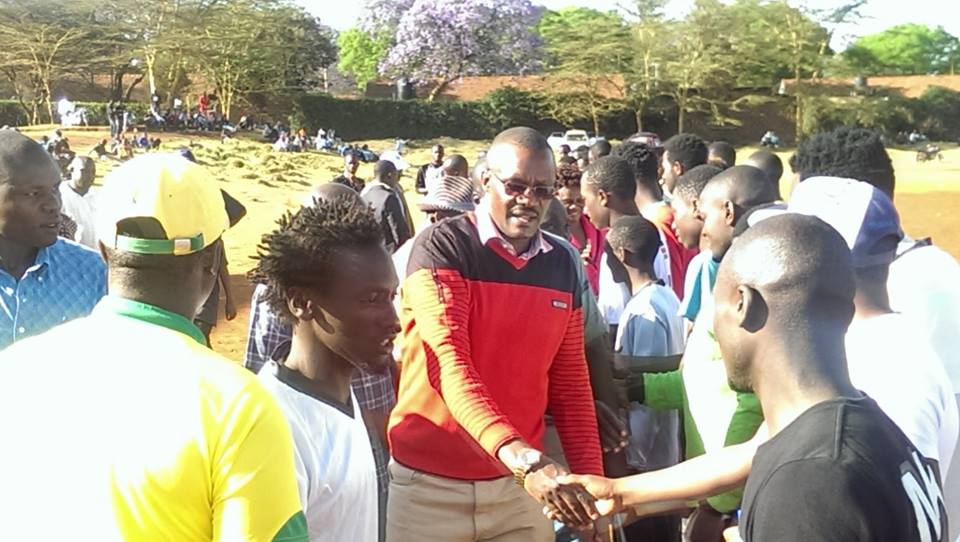 A Nairobi based Management Consultant has appealed to Kenyan youth to embrace sports as a means of enhancing unity in diversity.

Addressing thousands of football fans who had thronged Kibra’s Woodley grounds during the finals of the Idd Cup football tournament yesterday,Mr. Owalo,who is a former campaign manager to CORD leader Raila Odinga, stated that sports is a unifying factor that transcends tribal,political and religious boundaries and should therefore be embraced by all Kenyans to promote national cohesion.

He urged Kenyans of youthful age who are talented in sports to take the initiative seriously as it has now become a major source of livelihood all over the world but not merely a compliment to education as was the case before.

Owalo decried the condition of the Woodley Grounds, formally known as Jospeh Kangethe Social Centre, and appealed to the Nairobi County Government to rehabilitate the grounds so that the youth of Kibra can have a venue at which to nurture their sports talents noting that the same has been a breeding ground for many footballers of national repute.

Owalo, who had sponsored the tournament in partnership with the Muslim community in Kibra to mark the end of the holy month of Ramadhan donated trophies and cash awards totaling over Ksh. 200,000 to the participating teams.

Owalo was widly cheered by the youth who attended the event when he promised to organize and hold an inter-ward football tournament before the end of the year to help uplift the culture of sports in Kibra Constituency.

After awarding the winners, Owalo made a detour into the estates to condole with two families who recently lost their loved ones. Owalo personally visited the families accompanied several ODM party leaders and youth, where they made cash donations to the bereaved. One funeral was at Kibera plaza and other other in Makina market.