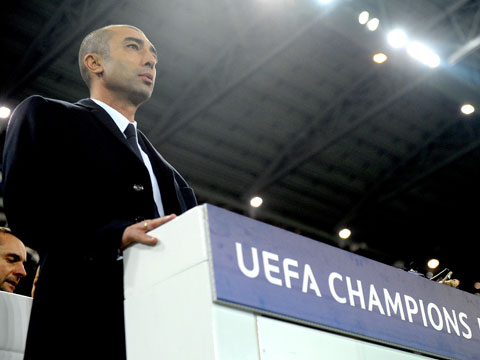 The club announced on Twitter on Wednesday morning that they had parted company with the Italian after a string of poor results. Shortly afterwards they released a statement, stating that results had not been good enough and an announcement on a new manager will be made shortly.

Chelsea’s statement read: “Chelsea football club has parted company this morning with manager Roberto Di Matteo. The team’s recent performances and results have not been good enough and the owner and the board felt that a change was necessary now to keep the club moving in the right direction as we head into a vitally important part of the season.

“The club faces a difficult task ahead in qualifying for the knockout stages of the Uefa Champions League as well as maintaining a strong challenge for the top of the Premier League while competing in three other cup competitions. Our aim is to remain as competitive as possible and challenge strongly on all fronts.”

It continued: “The owner and the board would like to thank Roberto for all he has done for the club since taking over in March. Roberto helped guide us to an historic Champions League victory and a seventh FA Cup. We will never forget the huge contribution he has made to this club’s history and he will always be welcome at Stamford Bridge.

“The club will be making an announcement shortly regarding a new first team manager.”

Di Matteo took charge of Chelsea in March after the club had sacked AndrÃ© Villas-Boas, initially on a temporary basis. Di Matteo rescued the club’s ailing Champions League campaign and steered them to victory over Bayern Munich in the final on the German team’s home ground, having already secured the FA Cup.

The new season started well domestically but they have fallen slightly off the pace in recent weeks. Di Matteo has become the first top-flight manager to leave his post this season, having been 33-1 with bookmakers to “win” the Premier League sack race barely 36 hours ago.

Chelsea have already sounded out Rafael BenÃ­tez to determine his willingness to take over on a short-term contract, with the former Barcelona coach Pep Guardiola the first choice if he can be persuaded to return to work having stated he wanted a year-long sabbatical last May.

Guardiola was a reported target for Chelsea in the summer despite Di Matteo’s Champions League and FA Cup success. He had vowed to take a year’s break from the game, but he is likely to be the favourite to succeed Di Matteo on a permanent basis.