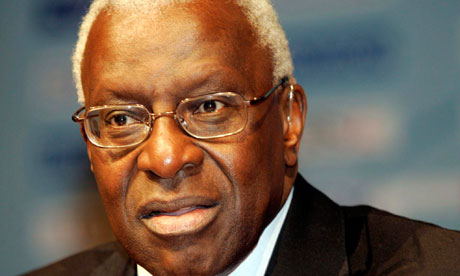 Fears of widespread doping in Kenya have been described as unfounded and “ridiculous” by the president of the International Association of Athletics Federations, Lamine Diack.

Allegations of doping at high-altitude training camps continue to blight the reputation of the east African country, which has produced some of the finest long-distance runners in history.

Thirteen Kenyan athletes tested positive for banned substances between January 2012 and January 2013 and a German documentary broadcast before last year’s Olympics alleged that doping was a major problem among aspiring runners hoping to make a breakthrough.

The World Anti-Doping Agency has put pressure on the Kenyan authorities to set up a new testing facility in the north-west town of Eldoret, the location of an important training camp, admitting the country is a “hot spot” for potential offenders.

However, Diack, the long-standing president of the IAAF, insists Kenya is one of the “most controlled” places in the world.

“I told the Kenyan [federation] president to calm down because your country is the most controlled. A German doctor said he went there and discovered that they were taking anything, but the best are being tested every day.”

He added: “If we can organise a national programme in Kenya like the US Anti-Doping Agency in America it will be better.”

Diack has promised to step down as IAAF president in 2015 when his latest four-year term ends, with Lord Coe a frontrunner to replace him. So too is the former pole vaulter Sergey Bubka, who is also bidding to replace Jacques Rogge as IOC president.

Diack said: “In 2007 I started considering my successor because I was planning to leave in 2011. Lord Coe is capable of leading the federation. He demonstrated it by what he did between 2005 and 2012. It is not my choice but he would be a good candidate.”