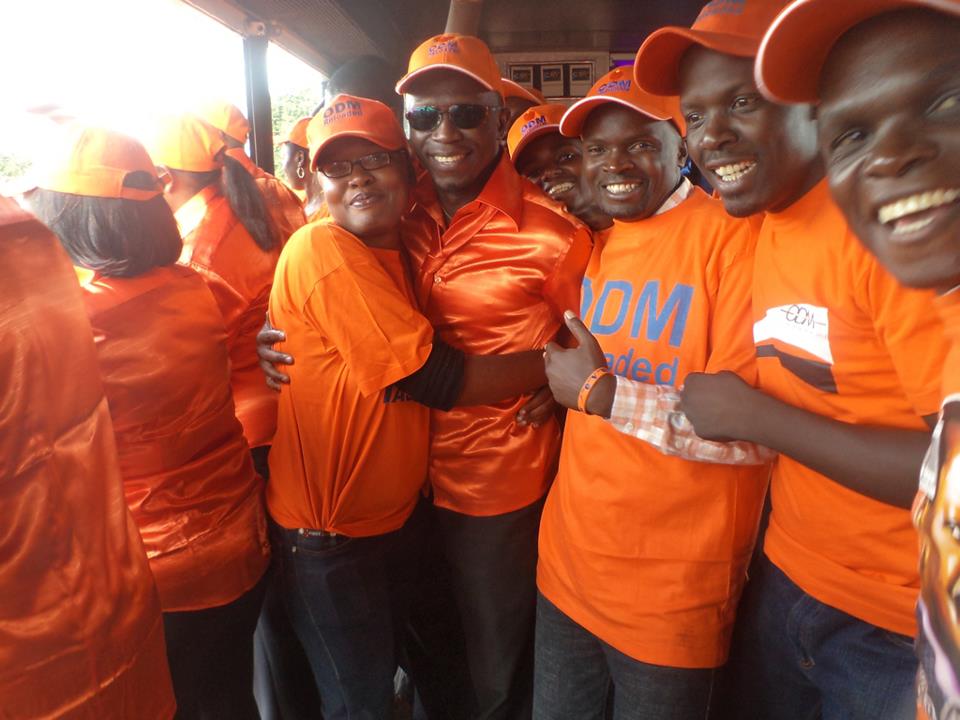 ODM YOUTH 2012, one of the political lobby groups that helped mobilize support for Prime Minister Raila Odinga in the 4th March elections will this Saturday hold a get-together party after humiliating experiences of the last elections.

The party will offer group members chance to â€˜meet, eat, drink, dance, pray, laugh, cry and lastly decide on the best way to move on.
The Letâ€™s move on party is among many other initiatives countrywide CORD supporters are engaged in while coming to terms with what they term as Odingaâ€™s â€˜unfair and unjustâ€™ loss to the Jubilee Alliance.

The Youth Lobby which is led by Norman Magaya, Lee Makwiny, Maurice Werah, Lavender Ojala among others actively marshaled support for the CORD leader, who despite losing out is fondly refered to by his supporters as the Peopleâ€™s President.
Together with other lobby groups like ODM Reloaded, the ODM Youth 2012 actively marshaled support using the social media for Raila Odinga through Facebook, Twitter among other sites.

The event scheduled at the popular Igloos Restaurant (Off Airport North Rd) along Mombasa Road, Nairobi, is a chance for members and friends to attend a night long party with lots of political reflection, networking and brainstorming for the future as they try to accept and move on into the future.
Members will also get a chance to pour in their thoughts on the recent demise of CORD Senator Mutula Kilonzo who was among the high powered legal team which represented Raila Odinga at the Supreme Court petition.

This event, though chargeable, is flexible as members would part with what they can afford.
â€œThe charges for the event are not fixed at a fee, true ODM/CORD supporters are known to be sufficiently philanthropic people when it comes to emptying the contents of the wallet.â€ said one of the event organizers.

Hon Odinga lost the presidential polls in what many believe was another bungled election. However, the Supreme Court validated Hon Kenyattaâ€™s win in circumstances which have since affected the standing of the Supreme Court of Kenya among citizens with the Chief Justice forced to come out after intense criticism from CORD supporters especially on social media to fight bribery claims that he auctioned justice.