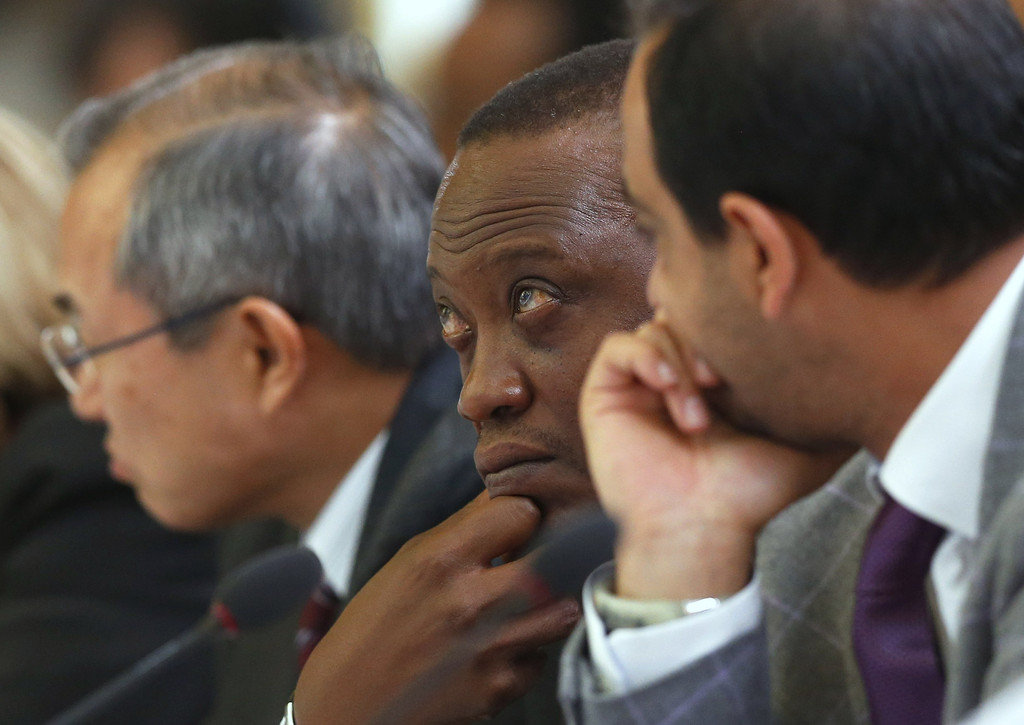 President Kenyatta arrived back home today-Thursday after a three -day official visit to London , United Kingdom. Contrary to social media reports the president insists that he met and held talks with Prime Minister David Cameron. Here below is a post on the president’s Facebook page together with photos taken upon arrival from London. (https://www.facebook.com/media/set/?set=a.628287370533153.1073741864.148874415141120&type=1)

“I got back from a three-day official visit to London, United Kingdom this morning where I attended the London Conference on Somalia, met and held talks with British Prime Minister David Cameron and also held a meeting with Kenyans in the UK”

The speech by Prime Minister Cameron confirms that the he (Cameron) left immediately he delivered his speech and therefore had no time to hold talks even at the sidelines of the conference. It is highly likely that President Uhuru only saw Cameron across the table and that there was no chance to even shake hands contrary to reports by his press team PPS and his Facebook post.

In his speech Prime Minister Cameron did not mention Kenya or even acknowledge Kenya’s significant role in Somali,Â  the Kenya delegation to the conference were left to observe and listen to speeches by different speakers like that of Somaliaâ€™s Deputy Prime Minister which were choreographed to major on crimes against humanity and Impunity.

Kenya has one of the largest forces in AMISOM, 5000 strong soldiers that were behind the success of rooting out Alshabab in Kismayu.