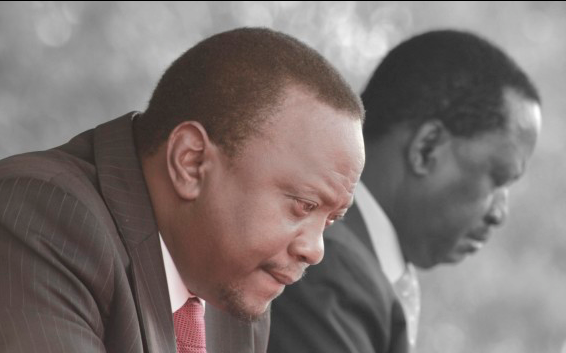 President Uhuru Kenyatta Friday invited the Opposition for talks on the issues affecting the country.

â€œWe have to create an environment that encourages stability even as we appreciate there are problems here and there.

â€œI respect all leaders because they also have their supporters. I am ready any time for talks so that we resolve the contentious issues,â€ the President said.

This was the third time in a month that he was reaching out to his rivals. Three weeks ago, Cord leader Raila Odinga rejected the overtures, saying, the move was time-barred.

President Kenyatta, who spoke at the Agricultural Society of Kenya in Nyeri, said the rising political tensions in the country were scaring away investors.

â€œI want to be remembered for an all-inclusive development agenda,â€ he said.

The remarks came a week after he was forced to hurriedly conclude a public rally in Migori after rowdy youths disrupted the meeting.

â€œWe cannot play politics every day. The best way to sort out things is to reason together,â€ he said.

Mr Odinga is leading a campaign for a referendum to change the Constitution to effect electoral reforms and increase budgetary allocations to counties.

Governors are also pushing for more monies under the Pesa Mashinani clarion call.

At the same time, the President said the government was looking for innovative ways to market tea and coffee after collapse of prices in the international market.

â€œWe will sit down as stakeholders in the agricultural sector and lay strategies for value addition so that farmers can get higher prices,â€ Mr Kenyatta said.

The primary and secondary school curricula, he said, would be reviewed to emphasize agriculture and technology.

â€œWe have in the past preferred creating white collar jobs, yet our strength is in the agriculture and innovation centres that will increase our food supply and job security.â€

The President, who challenged county governments to work with training and research institutions to enhance knowledge transfer, also asked the Agricultural Society of Kenya to organise monthly farming fairs.