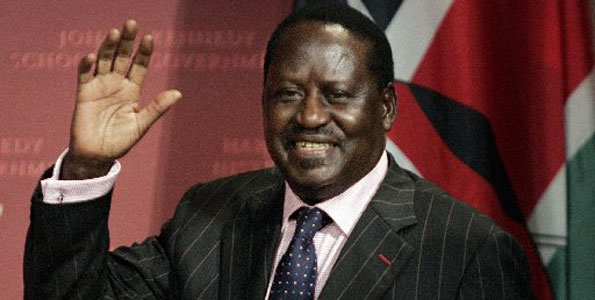 In what could be a shift from the traditional campaign methods, ODM sent a test campaign email to a few members in the party’s mailing list. The party members were surprised to read a personalizedÂ  email from ODM leader PM Raila Odinga. It was touching one recipient Njoroge Kiamageri told this reporter.

The mail is a look like of the Obama for America emails sent to the American electorate who are on the Obama mailing list. Such email usually highlights the presidential candidate’s progress in the campaign trail and a reminder to members to stay the course.

The mailing comes in the wake of Barrack Muluka’s (Director of Communications) exit from the campaign secretariat. With high internet and mobile phone penetration rates, the hunt for votes will definitely feature the emerging technology with social media and internet taking a central role especially in targeting the youth vote.

In the coming days Kenyans will be receiving text messages on their mobile phones in addition to the emails from the ODM campaign secretariat. Martha Karua and Peter Kenneth have used similar platform since early this yearÂ  but owing to their narrow support base they passed unnoticed.

Here is the test mail from the PM;

When I launched my bid for presidency five years ago, I made a solemn commitment to the people of Kenya to tackle the problems that continue to keep the country in a state of backwardness and under-performance. I particularly singled out the rehabilitation and improvement of infrastructure as being fundamental. Today, many roads have been rehabilitated and many new ones constructed. The railway system, which had virtually collapsed, is slowly but steadily regaining its place as a major mode of transport. Air and marine transport have also received due attention. So, our country is once again moving its people and goods. We can and will do more. We have also witnessed unprecedented investment in energy resources, with special attention given to renewable energy. Water and irrigation infrastructure has equally received keen attention. Continued investment in infrastructure still remains my top priority.However, as we continue to focus attention on the foregoing, we cannot ignore one single challenge that confronts the people of Kenya today â€“ creating jobs for our people, especially the youth. The need for creating more employment opportunities is informed by an open unemployment rate of 15%. Many of our graduates from the universities, tertiary institutions, vocational training centres and secondary schools find themselves roaming the streets of major urban centres in search of non-existent jobs.The last census results indicate an increase in the dependent population at 42% (of which the largest proportion are fulltime students) compared to 33.9% in 1999. This places an inordinate burden on the economy. With an increasing dependency ratio, an expanding labour force, coupled with low employment levels, unemployment is a major problem. To tackle the problem of unemployment, I will introduce the following, among other measures:â€¢ Roll out a ten-year investment promotion programme and give incentives to domestic and foreign investors based on four key criteria: the number of jobs created, foreign exchange earned/saved, local inputs used and technology transferred.

â€¢ Reform and restructure the Kenya Industrial Estates (KIE) into a Kenya Industrial and Enterprise Development Agency (KIEDA). The agency will establish full-fledged Business Incubation Centers in each county, which will act as business incubation hubs for promising investments.
â€¢ Work with county governments to establish at least one major industry in each county.
â€¢ Facilitate the establishment of modern, green industries that meet domestic consumption and export needs;
â€¢ Encourage and give incentives to banks and other financial institutions to finance industrialization.
â€¢ Focus education and training systems to be more responsive to the needs of the national and global economies, including the needs of a well skilled workforce.
â€¢ Establish and fund centers of excellence in technology innovation in all counties.
â€¢ Increase the level of investment in research and development from the current level of 0.3 to 2.5% of the GDP; and
â€¢ Put in place a progressive tax policy to encourage savings and investments.This is Kenyaâ€™s moment to courageously confront the challenges and reclaim the dream of our founding fathers of conquering poverty, disease and ignorance. My principal promise to all Kenyans in the next five years is to develop and implement effective policies for expanding decent employment opportunities in Kenya in all sectors.
I believe together we will.Yours Sincerely,Raila Amolo Odinga