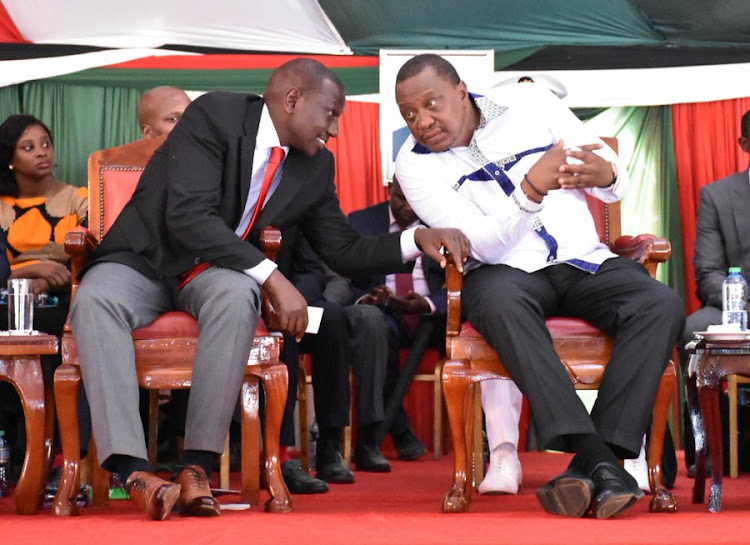 Leaders across the country have been holding public participation drives that they say are aimed at educating the people on the contents of the building bridges initiative report(BBI).President Uhuru Kenyatta and ODM leader Raila odinga have openly shown their support for the report with the duo now embarking on rally campaign to have Kenyans support the report.

However on his part a defiant Deputy president Dr william Ruto dismissed these leaders, saying they are obsessed with meetings on the BBI, adding that nobody is opposed to the report.

In one of his boldest criticisms of the Building Bridges Initiative yet, Deputy President William Ruto told President Uhuru Kenyatta on Friday that the BBI public rallies are a waste of public cash and time.

Ruto – while on a tour of Vihiga and Bungoma counties – claimed no one was against the report thaty Uhuru and opposition chief Raila Odinga unveiled in November at the Bomas of Kenya.

“We agreed that we look for enough copies of the BBI report so the public can read for themselves and form an opinion on their own. When did it change? Now we are being told that political party leaders should read the report then inform the people about the proposed changes so they can decide for the people. When did it change?” posed DP Ruto

The DP further said leaders secretly opposed to the report are using the meetings to drive their agenda.

It was alleged that the Orange Democratic Movement (ODM) was unhappy with the report as it did not bring out a government structure that would include a powerful Prime Minister post.ODM, whose leader is Mr Raila Odinga, has dismissed these claims.

On the eve of Jamhuri Day, December 12, Kenyatta extended the term of Garissa Senator Yusuf Haji’s team although the extension was yet to be gazetted.