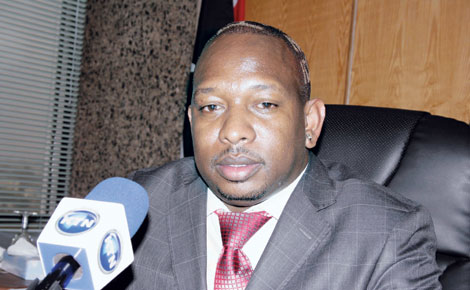 Nairobi Senator Mike Mbuvi Sonko has broken ranks with his fellow Senators and he has now opposed the demands by the Senators for a pay hike. Over the weekend the flamboyant Senator told Kenyan via his official Facebook page that he was against the attempts by some Senators to hike their salaries and allowances.

The Hon Sonko who is also the Senate Majority Deputy Chief Whip said heâ€™s comfortable with what he earns at the moment and heâ€™s ready to defend his position once Senate comes out of recess. Here is what the good senator from Nairobi posted:

”Personally, I am against the senators’ proposed pay hike whereas we respect and acknowledge the status of our leaders in the society as youths, We are making it clear that any pay hike at this time is untimely and only serves to fuel bad blood between Leaders and their Constituents bearing in mind the already overstretched wage bill…Those behind this move should reconsider and put it aside…I am already satisfied with what i get. Senate is currently on recess but once it resumes, i will oppose this move on the floor of the house. Tujenge nchi kwanza hiyo mambo ingine tutaangalia baadae when the time is right. Peaceful Saturday! ~”Siasa Mpya ni Siasa Bila Chuki na Inayojali Wananchi” Sonko said.

Elsewhere the Nairobi Senator whose on a holiday in South Coast was on spending spree after International Criminal Court Chief Prosecutor told the ICC Judges that he cant prosecute President Uhuru Kenyatta for lack of sufficient evidence. On Friday when received the news that the ICC prosecutor madam Bensouda had told the court that she was unable to continue with the case, the flamboyant senator bought off the stock of drinks on sale at a beach bar where he was enjoying himself and treated all patrons.

The Senator was overheard saying â€œ Let the case now end to allow the President focus on delivering to Kenyans. I will surprise everyone when the case is closed. Both the victims and the accused in the case will be happy.â€ now, thatâ€™s the promise from the TNA Senator, lets now wait for Bensouda to make the next move.