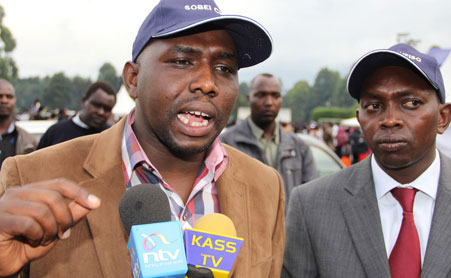 Hon Senator Onesmus Kipchumba Murkomen he of the ‘Testtube politician’ fame has hit out on Uhuru Kenyatta surrogates including the alleged Charcoal dealer Aden Duale and the newly nominated MP for proposing NONSENSE for a referendum question. The proposed aged limit that is geared to bar Raila is defeatists to say the least…

Murkomen now thinks as a 10th heir to Kalenjin tribal throne he stands a a chance of being president may be at 75 or even 80 years of age. Here are his tweets that roasted TNA.

Why on the planet earth would someone want to limit the Presidential age? To target one individual? SMH

May be like Reagan and Mandela I will want to be President after 70 years.God willing !