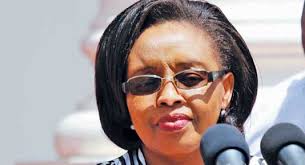 By Steve Mkawale for the Standard

Cabinet secretaries who would have been rejected by Parliament benefitted from a decision by Mt Kenya MPs to accommodate Deputy President William Rutoâ€™s wishes in order to make Uhuru Kenyattaâ€™s government work.

The County Weekly has learnt from multiple sources that Phyllis Kandie survived after a last-minute change of mind by TNA-affiliated MPs.

According to sources, Mr Kenyatta has cautioned Mt Kenya politicians against actions that could strain his relationship with Mr Ruto and lead to a dysfunctional government under the Kibaki, Raila coalition.

Details have also emerged about how Jubilee outwitted CORD MPs last week to pass the whole list of Cabinet nominees after an amendment to reverse the rejection of Phyllis Kandie.

Jubilee MPs in the vetting committee adopted moves that appeared contradictory but which some among them now say was a deliberate.

During the vetting process, all members of the Parliamentary committee except Kigumo MP Jamleck Kamau agreed to reject Kandie for not being articulate during the interview.

But after the report was tabled in Parliament, all members of the committee from Jubilee changed position and said they want to endorse Kandie.

It is also emerging that there is an unwritten policy within TNA ranks to ensure that Deputy President William Ruto remains content in his relationship within the coalition with President Uhuru Kenyatta.

Sources say politicians in Mt Kenya region are so keen to see the Uhuru government succeed that they are ready to lean over backwards to accommodate virtuallyall of Rutoâ€™s wishes. (See separate story on facing page)

Sources also revealed that hours before the vetting report was tabled in Parliament, President Kenyatta had directed the Jubilee Alliance Parliamentary Group to meet andÂ  persuaded them to support an amendment make sure Kandie went through.

â€œThe group settled on the Nairobi County Women Representative, Rachael Shebesh to move an amendment to the report that recommended Kandie not to be nominated as Cabinet Secretary in charge of East African Community, Commerce and Tourism,â€ said another MP. The move was christened â€œoperation save Kandieâ€ and it was made clear to all members that the list must sail through.

Molo MP Jacob Macharia said there was no way Jubilee would have allowed the name of Kandie to be dropped from the list due to what he described as flimsy grounds.

During the committee sitting, the rejection of Kandie was opposed by Kigumo MP Jamleck Kamau who went ahead to decline appending his signature on the report.

â€œI did it on principle because first of all there was no real reason for her rejection. That she did not present herself very well before the committee is not reason enough for us to reject her,â€ Kamau said during the debate.

In Parliament, Shebesh said the committee interviewed the nominees instead of vetting them.

â€œThe work of the committee is to vet nominees,â€ she reiterated.

â€œShe has been humiliated enough and she is so stressed right now,â€ pleaded Shebesh.

When tabling the report of the vetting committee, the Majority Leader Aden Duale said MPs had rejected her nomination on the grounds that she did not have a grasp of the expectations in this

points of order and pointed out that the decision was full of contradictions because the issue of articulation and public speaking was not a constitutional benchmark.

Kandie is an investment banker engaged as a director, Investment Advisory Services at Standard Investment Bank.

Kenyans who were following the vetting sent messages saying docket will have problems.

Leader of Minority Francis Nyenze said the vetting was fair, and urged the House to reject Kandie. Suba MP John Mbadi asked the Speaker to compel the Leader of Majority to give good reasons why they rejected Kandie.