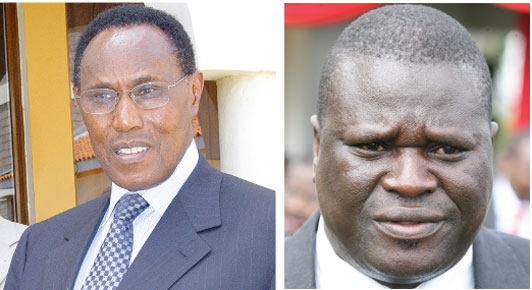 According to sources, Raila had threatened to release the damning dossier that will give a detailed account on what might have been the possible cause of Saitotiâ€™s death, who was the Internal Security Minister, till his demise.

Prof Saitoti perished in a horror helicopter crash in Ngong on the month of June 2011.So far the Government is yet to tell Kenyans the real truth on what really caused the crash.

But Raila said he has a dossier from a South African company that will reveal on what exactly happened to the former Minister, who was also the Kajiado North MP and also leading presidential contender.

Railaâ€™s dossier is expected to raise a lot of political temperatures within the country that could see politicians suspected to have assassinated the former Minister try to clear their names.