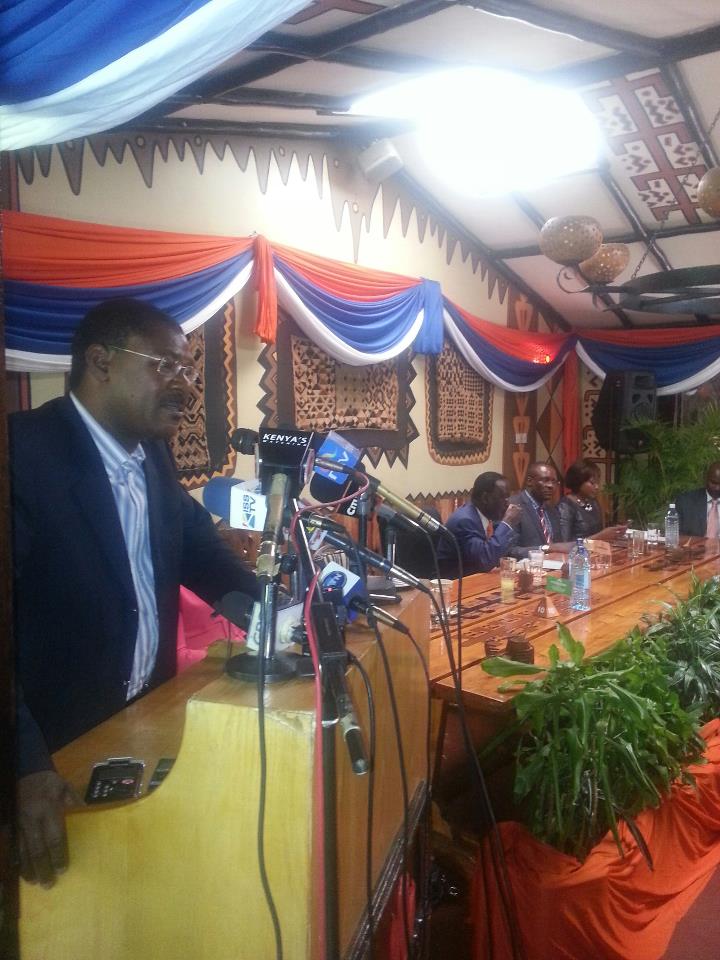 Sen. Moses Wetangula addresses members of staff of the Raila Odinga Presidential Secretariat earlier today at the Carnivore at the thanksgiving lunch hosted by the Summit.

Raila Odinga has confirmed the fears of many that Supreme Court Of KenyaÂ  judges were blackmailed to throw out his presidential election petition. He said the judges were afraid to read their own ruling!Â  Raila said that IEBC was to blame for the rigged election adding that Kenya cannot go back to elections with current composition of IEBC.

“They were ready to rig again even in a run off, they could mark the ballot papers at Kenyatta University then transmit them to some regions where they assumed to have a stronghold” Raila said

The Former PM was addressing his campaign staff and volunteers at the CarnivoreÂ  where he hosted them for a thank you lunch.

Earlier the former Prime Minister had posted a message of gratitude to all his staff, volunteers and supporters on his Facebook page, here is the message

“Today, I would like to thank every Kenyan that supported our movement, CORD, and voted for me and my brother, Kalonzo Musyoka in the just concluded elections. I would also like to thank all those that voted for our electoral opponents, you played your rightful part in growing our democracy.

I thank all of the Old Guard who stood by us and advised us. I especially wish to thank all of the young people who volunteered sacrificing their time, resources and energy in campaigning for CORD. I try to read as many of your messages as possible on Facebook and Twitter. You are all truly appreciated.

You all believed in me and I believe in you. Together, we can make Kenya a prosperous nation that is the envy of all the world. Keep working, keep trying…For Kenya! I will also do the same!”