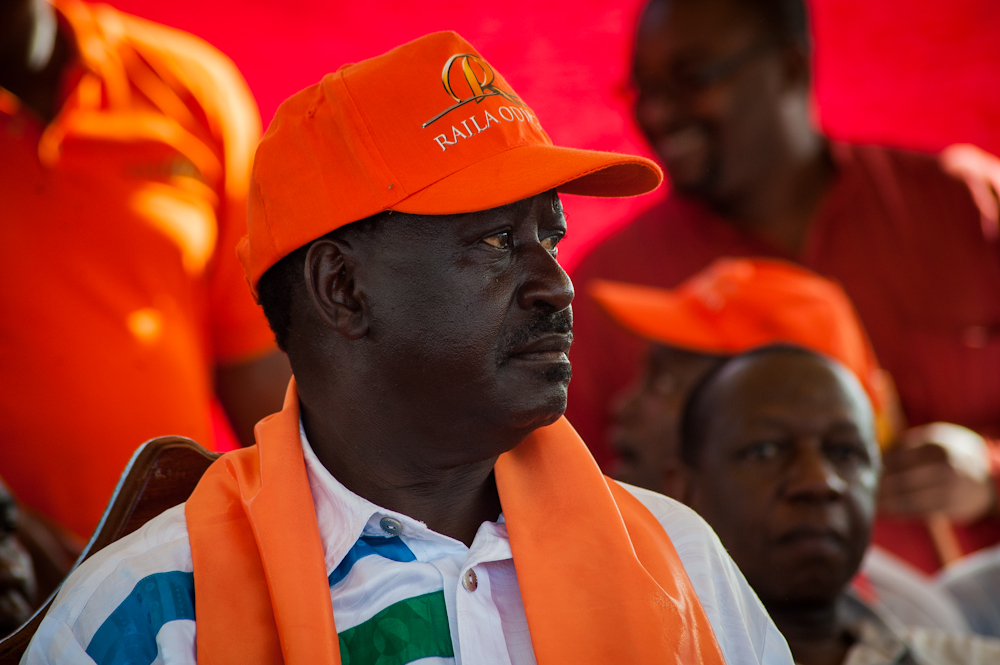 Raila Odinga exuded confidence that he will emerge the winner in the Monday polls, the prime minister has enjoyed two weeks of successful campaigns soaring his support across the country unlike his closest challenger whose remark at the second presidential debate about how his family acquired land seemed to slow his momentum in Rift Valley.

After CORD’s final submission rally at Nyayo stadium, the Prime Minister took time to explain to millions of rural Kenyans via Radio Citizen (with biggest audience in Kenya) and Chamgei FM- a Kalenjin vernacular radio station matters relating to the Mau eviction, ICC Trials, disbanding of the pentagon among others.

At Radio Citizen, Prime Minister Odinga had an hour long interview with the veteran radio hand- Fred Obachi Machoka. Click the lick below to listen to the interview as was recorded.