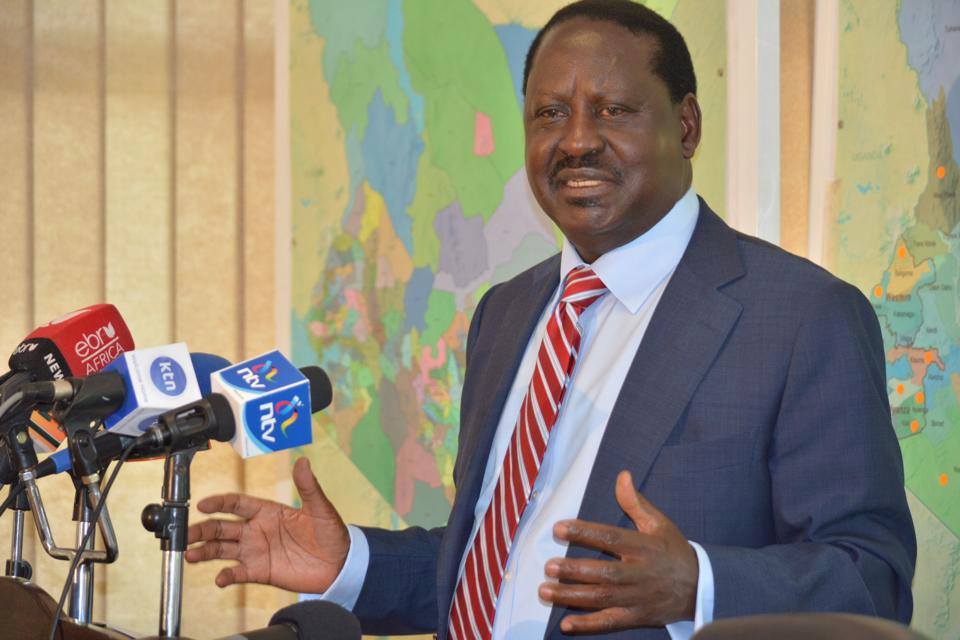 Coalition for Reforms and Democracy ( CORD) has blasted the Jubilee government over accountability and told off Deputy President William Ruto on his directive to governors to account for their countyâ€™s expenditure. CORD leader Raila Odinga instead expressed disappointment in reference to Auditor General Edward Oukoâ€™s report that the Sh15 billion was recently withdrawn from Central Bank and taken to State House.

He challenged Ruto and President Uhuru Kenyatta to account for the money before they divert their energies to governors. He demanded that the Government accounts for the Sh8.83 billion withdrawn from the same bank during the transition period. â€œWe want to know where these monies were taken. It is absurd that the monies were withdrawn from Central Bank at night, in trucks, with claims they were needed at State House,â€ he said.

He said if the Government cannot account for the funds, the law should take its course. â€œThe law is clear, if we cannot get the right answer to whereabouts of tax payersâ€™ money, those involved should be apprehended,â€ said Raila. Arguing that charity begins at home; Raila said the Government has no moral authority to talk on accountability if it cannot, itself, respond to the audit queries.

The former Premier spoke at a function in Eastleigh and Huruma areas in Nairobi County, where he castigated the Jubilee government for failing to fight corruption, insecurity, ethnicity among other issues. He defended CORDâ€™s push for a referendum, saying the Opposition was compelled to take that route after it heard the plights of Kenyans and especially after Jubilee dismissed need for dialogue.

He caused laughter when he recalled the famous slogan â€œbaba while you were awayâ€™ where Kenyans gave a long list of issues that were affecting them, like security, high cost of living, and asked for the way forward. â€œI tried to initiate dialogue, which the Government agreed to at first , nly to change tune. We resorted to Saba Saba, where 15,000 officers were deployed to guard us,â€ he said, adding: â€œThis showed panic. They… rushed to heavily guard State House, thinking we were going to storm there. But we were too clever for them, instead of being stupid to allow our people to get killed, we opted to take another route, the referendum.â€ â€œThe Constitution vests the sovereignty of the republic of Kenyans in the people. We have gone back to the people,â€ he said.

Raila scoffed at Jubileeâ€™ schemes to stop the process, arguing that their crusade was unstoppable. â€œThe referendum push is like River Nile, whether they (Jubilee) like it or not, we are soldiering on. This is a movement for Kenyans, who are you (government) to refuse it?â€ he questioned. He called on Kenyans to come out in large numbers and give their signatures to enable the Okoa Kenya exercise to proceed.

He challenged the Jubilee government to resign if they cannot discharge their constitutional mandate to have a secure nation. â€œIt is the duty of the Government to provide adequate security to all Kenyans. The government should be able to protect lives and property,â€ he stressed.

Raila was accompanied by senators James Orengo (Siaya), Johnstone Muthama (Machakos) and Abubakar Hargua (Marsabit), Governor Ukuru Yattani (Marsabit), MP Junet Mohammed (Suna East) among other leaders. They also agreed with Raila that they government must tackle corruption. Muthama said the government should stop cheating and stealing and focus on improving the lives of Kenyans. They said they are targeting 10 million signatures.