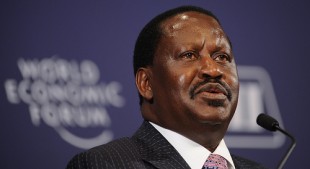 CORD leader Raila Odinga is currently in the United Kingdom. He got an opportunity to talk with BBC Newsdayâ€™s Veronique Edwards on May 2nd, 2013Â on his life after the rigged March 4th general elections, that was controversially ruled in favour of president Uhuru Kenyatta.

Prime Minister sounded conciliatory and hinted that he was ready to play a major role at the international. Here below is the interview.

Â Listen to the interview here