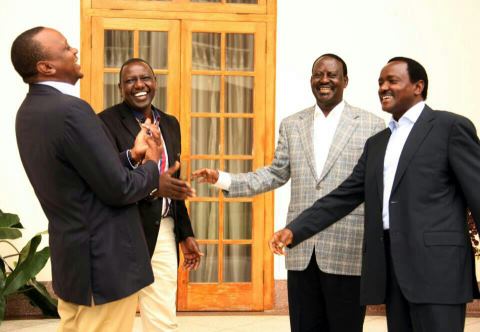 The Saturday meeting focused on the upcoming State Opening of the 11th Parliament, which the two CORD leaders promised to attend.

The leaders also discussed modalities for a bipartisan approach to issues in Parliament, the leadership of critical House Committees and the role of the minority party.

President Kenyatta and Deputy President Ruto pledged that the Jubilee Coalition, which commands majority in both houses, is committed to ensuring the existence of a strong opposition party as a necessary tool for democratization and to ensure steady check on the government.

The President and his deputy said they were keen to see the minority coalition playing a critical role in key committees like the Accounts Committee.

The leaders agreed to ensure ethical relations between the parties and in general politics.