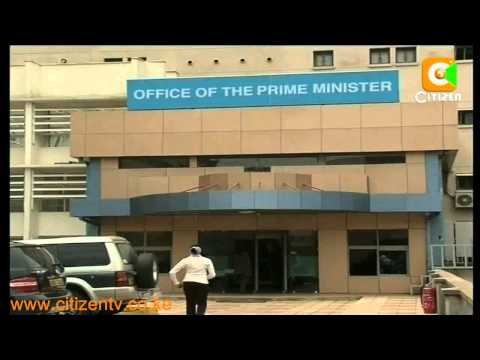 Tonny Gachoka in his characteristic tune made serious allegations on K24 TVâ€™s Cross Fire talk show (aired on 16th Jan 2013) to the effect that Prime Minister Odingaâ€™s office is run by professional from his Luo community; this could not go unverified.

The Prime Ministerâ€™s office is a public government office that is accessible to all and sundry. Official verification of the core team reveals that the office bears a national face unlike the office of the president whose staffing is skewed and reflects a tribal image.

It turns out Mr Gachoka who once worked in the prime ministerâ€™s office as head of protocol was only spinning to discredit the Prime Minister.

Here below is a full list of Odingaâ€™s close aides (professionals working at the PMs Office), of the 33 core team only five (5) are Luo! Even if we were to add former employees like Gachoka himself, Miguna Miguna and Barrak Muluka still those from the Luo community could not be more than 6 of the 36 new total.

These are official numbers that can easily be verified by the public. N/B the list is NOT listed according to seniority but just random names.

This is comprehensive list and many can attest that it is a cross section of Kenya; it demonstrates that PM Odinga values merit and not nepotism as Mr Gachoka could want us to believe. Well, on this matter we declare Tonny Gachoka’s pants fire!