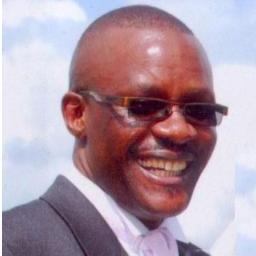 The sensational news bit posted by JackalNews that former Prime minister Raila Odinga’s aide Eliud Owalo had been named by a secret national security intelligenceÂ  service report to be behind a series of activities aimed at disestablishing the Jubilee government was read with suspicion.

Today, Tuesday 16th July 2013 Eliud Owalo is alleging that he has been summoned by the CID headquarters to clear some matter, here below is Eliud Owalo’s post on his Facebook.

ACTS OF POLITICAL INTIMIDATION BY THE KENYAN SECURITY APPARATUS

Yesterday, reports did rounds in the blogs emanating from the so called “Jackal News” linking me to “plots to destabilize the Jubilee Government” . This post came after I had penned an opinion article which was carried on page 34 of the Sunday Standard in which I called for immediate dissolution of the IEBC.

I subsequently posted the following response on my facebook page.

â€œReports doing rounds in the blogs emanating from the so called “Jackal News” linking me to “plots to destabilise the Jubilee Government” is utter nonsense.This is cheap propaganda being peddled by the Jubilee Government through the security and intelligence apparatus and their agents to divert the attention of Kenyans from the myriad challenges it is facing,including but not limited to the on-going teachers’ strike and complicity of Jubilee and the IEBC in the Makueni by-election Normination fiasco.

I appeal to all Kenyans of goodwill to treat these mischievous allegations with the contempt it deserves. The Jubilee Government must be alive to the fact that it will be evaluated on the basis of its scorecard against its campaign manifesto; and should therefore desist from diversionary tactics aimed at apportioning blame for its non-perfomance.Nobody of sound mind will labour to sabotage a Government that is not only dysfunctional but also has its priorities upside downâ€.

I thought the above laid this issue to rest.However,I am deeply perturbed to have received a call from one Mr. Cheruiyot this morning summoning me to C.I.D headquarters to â€œclarify certain issuesâ€. I informed him that my lawyer,Hon. James James Orengo will get in touch with him to arrange an appropriate time for the same.

However, I have subsequently received another call from one Mr. John Kariuki who surprisingly, has indicated that they need me at CID headquarters urgently.

Arising from the above pattern of events, I have found it imperative to alert the Kenyan Public; based on past incidences in Kenya in which political figures have mysteriously disappeared in related circumstances.

Follow this link to read the jackal news piece that reportedÂ  the alleged NSIS report and Eliud Owalo’s involvement.http://www.thejackalnews.com/politics/raila-odingas-aide-named-in-plot-to-destabilize-kenyan-government