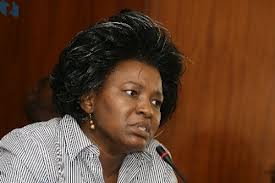 Hon Rachel Shebesh gave her total best to ODM for the past four years, she is on her way to TNA, a party she thinks will propel her back to Parliament. In an interview in July at the “bench” by Jeff Koinange (K24 Capital talk), it was clear that as much as she supported Odinga for presidency she projected an undecided mind, asked as the closing remark whether Kenya will be better if “we gave it to Raila?” she responded; “compete fairly”!

In Kenya’s highly tribal politics it is highly unlikely for her to win an elective seat in KiambuÂ  on an ODM ticket. For the more than four years she has been MP, she defended the party and women issues, not many can even recall the names of the other five ODM nominated MPs or even what they have done for the party!.

As to whether her move to TNA will be beneficial in the longrun, we wait!