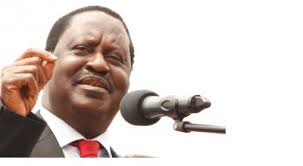 Prime Minister Raila Odinga is deeply intrigued and feels absolutely slandered by the story appearing in the Financial Time that implies he will not accept defeat in the Monday elections however free and fair.

Prime Minister Odinga conducted two interviews at short intervals on Friday, March 1, 2013 with the Financial Times and the British Broadcasting Corporation Radio and TV at his home in Bondo.

At none of these interviews did Mr Odinga speak of violence should he lose elections as reported by the Financial Times today.

In both interviews, PM referred to his sporting career as an athlete and footballer and repeated that as a sports person, he understands losing and winning as part of the game.

Asked what it would be the end of his political career if he loses the elections, the PMâ€™s answer was:

â€œI strongly believe I am going to win this election, and in round one. However, in the likely event that I lose, I believe there will be a role for me in Kenya. I can write my memoirs, I have a family to take care of, and, most importantly, I have a party that I will continue to guide so we can deepen democracy in Kenya. I believe the democratization of Kenya has been my biggest contribution to the country and I want to push it to the end whether I am in or out of elective politics.â€

On his plans should he win, the PM said:

â€œI will want to form an inclusive government, in which all, including my opponents, will have a role, so we can take this country forward.â€

On claims that his supporters are being targeted with propaganda leaflets, the PM said:

â€œI am aware that my opponents are scaring my supporters so that they can migrate from where they registered in order to cut the spread of my vote. It is a form of rigging and Kenyans will not accept it. However, the people they are pushing out constitute a drop in the ocean of my support. I will still win this election despite this dirty campaign.â€

Mr Odinga is shocked by the Financial Times story and considers it the work of a writer and organization with fixed idea of Kenya as the country goes to elections.