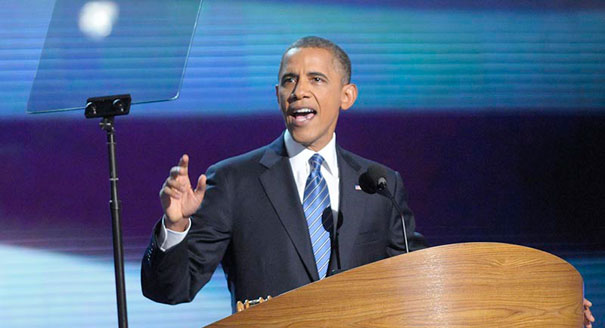 Obama has raised $774m so far, giving him an edge over Romney, whose supporters have raised $736m.Â

Mitt Romney faced a fresh setback Friday at the end of his worst week since the presidential campaign began when newly released figures showed he has come off second-best to Barack Obama in an area the Republicans had expected to be dominant: fundraising.

The Obama campaign team, after a series of frantic appeals for funds from small donors throughout the summer, has $88m on hand to spend on ads and campaign staff in the coming weeks. Romney has $50m but that includes $15m he has to repay on a loan, leaving him with $35m.

So far this campaign, Obama has raised $774m, giving him an edge over Romney, whose supporters have raised $736m.

The Romney strategy for winning the White House was based largely on a promise that he would outspent Obama by about two to one in the biggest ad blitz America has ever seen in the final months of the campaign. But, in spite of his personal wealth and the support of billionaires, that strategy appears to be going up in smoke.

Although the election is still a month and a half away, some senior Republicans are already beginning to write off their hopes of retaking the White House unless there is some major international event, such as a Middle East crisis that pushes up the price of petrol, or some bad economic news or a major gaffe by Obama.

The former Republican speechwriter Peggy Noonan, in an comment piece in the Wall Street Journal on Friday, voiced the criticism many Republicans have being making in private and joined calls for a change at the top of the campaign team.

It was the second time this week that Noonan has been critical. Referring to her earlier piece about the campaign, she wrote: “This week I called it incompetent, but only because I was being polite. I really meant rolling calamity.”

Romney’s wife, Ann, offered a rare glimpse of the growing sense of frustration inside the camp in the face of such criticism. In an interview with Radio Iowa, she told critics: “Stop it. This is hard. You want to try it? Get in the ring.”

It was not a helpful intervention, only adding to the sense of disarray.
Obama ahead in the polls both nationally and in almost all the seven swing states that will decide the election: Florida, Ohio, New Hampshire, Virginia, Iowa, Colorado and Nevada. One poll had Obama ahead of Romney by 5% in Colorado and 8% in Iowa.

Romney embarked on a new strategy Friday, his second campaign re-launch in the space of five days. The first relaunch, announced by one of his strategists Ed Gillespie, on Monday promised Romney would become more specific about what policies he would pursue in office rather than the negative approach of concentrating almost solely on attacking Obama’s record.

That strategy lasted little more than a few hours until Romney, in the biggest setback to his campaign yet, was confronted with A devastating secret video of his speech to a small, $50,000-a-place dinner for Republican donors in Florida in which he characterised 47% of the American population as freeloaders, dependent on federal government help.

At a 12,000-strong campaign rally on Friday in Virginia â€“ a key battleground state â€“ Obama stepped up his attack on Romney’s 47% remark. “”I don’t see a lot of victims in this crowd today. I see a lot of hard working Virginians,” he told the crowd in Woodbridge.

As part of the new-look strategy, Romney, who, unusually for a candidate at this stage in the election cycle, has been largely absent from the campaign trail over the last two weeks, is visiting the swing states where his hoping to address large rallies and stick to a scripted speech rather than the off-the-cuff remarks that have landed him in trouble.

The Democratic party is warning against complacency, stressing that there are still weeks of campaigning left, including three presidential debates, the first on October 3. Early voting begins in some states next week.

Former president Bill Clinton, who provided the star turn at the Democratic convention in Charlotte, North Carolina, this month, warned that while Romney will have to do a lot of explaining about what he meant about is 47% comment, Democrats should not believe that gaffe amounts to a knock-out punch.

He told CNN: “I still think you have to assume it’s going to be a close race, assume it’s a hard fight and then fight through it. But I think the president has the advantage now. We did have a very good convention. He got a good boost out of it.”

The Clinton call for caution was reinforced when Obama, in an interview with Latinos, said that “change”, the slogan on which he campaigned on in 2008, could not come from inside Washington but outside.

Romney is to push this line during a tour this weekend of Ohio and Colorado, saying he cannot believe the president who won on a slogan of “Yes we can” was now saying he could not implement change from inside Washington.

The details of fundraising for August, released on Thursday night as required by law, show that Obama’s coffers were boosted mainly by small donors.
Obama’s campaign team, separate from the Democratic effort, raised $85m compared with Romney’s $67m.

Obama’s campaign, combined with a separate fundraising efforts by the Democratic party, raised $114m to Romney’s and the Republican party’s $111.6m.

According to the figures submitted to the federal election commission, Obama’s campaign spent more than $83m in August and Romney $66m.