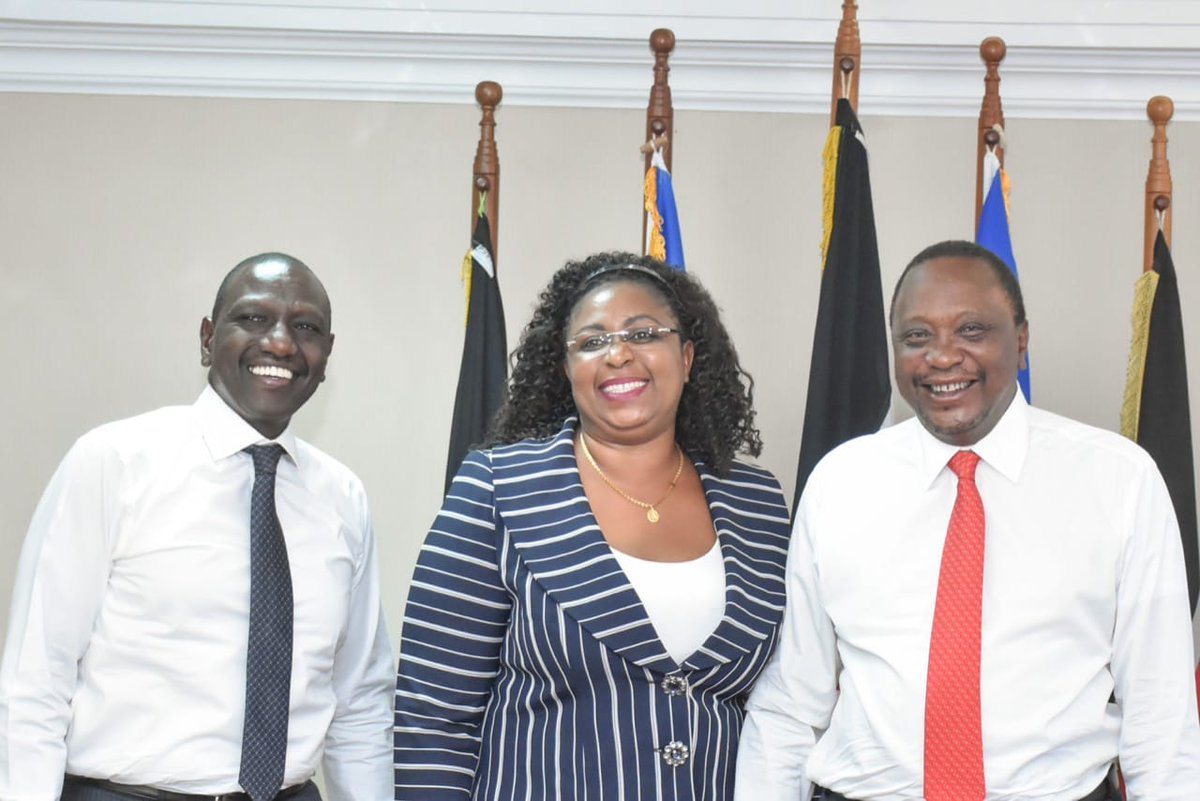 The embattled Malindi Member of Parliament Aisha Jumwa’s woes seem to be nearing the end.

After being unceremoniously handed a divorce by Raila Odinga-led Orange Democratic Party (ODM), Jumwa seems to have found another new dalliance in President Uhuru Kenyatta.

During the head of state’s meeting with his Deputy Dr William Ruto at the DP’s Harambee Annex office, Jumwa was spotted in the after meeting photos that circulated on social media.

State House Secretary of Digital and Diaspora Communications Dennis Itumbi who shared the Photos of Jumwa with President Kenyatta and DP Ruto termed her as Iron Lady.

Jumwa is accused by ODM of openly showing disrespect to the party leader and insinuating she had decamped from the party and aligned herself with DP Ruto.

The National Governing Council that sealed her fate is composed of the National Executive Council, ODM League, Youth League, county coordinating committee officials and the National Election Board.

The NGC is chaired by Party Leader Raila Odinga or, in his absence, either one of his deputies Wycliffe Oparanya and Hassan Joho or ODM Chairman John Mbadi.

Jumwa’s co-accused Msambweni MP Suleiman Dori has, however, survived the chop after an apology.

ODM said the decision on Dori was deferred ‘following his letter of apology to the Secretary-General Edwin Sifuna in which he apologised to the party for his rebellion’.