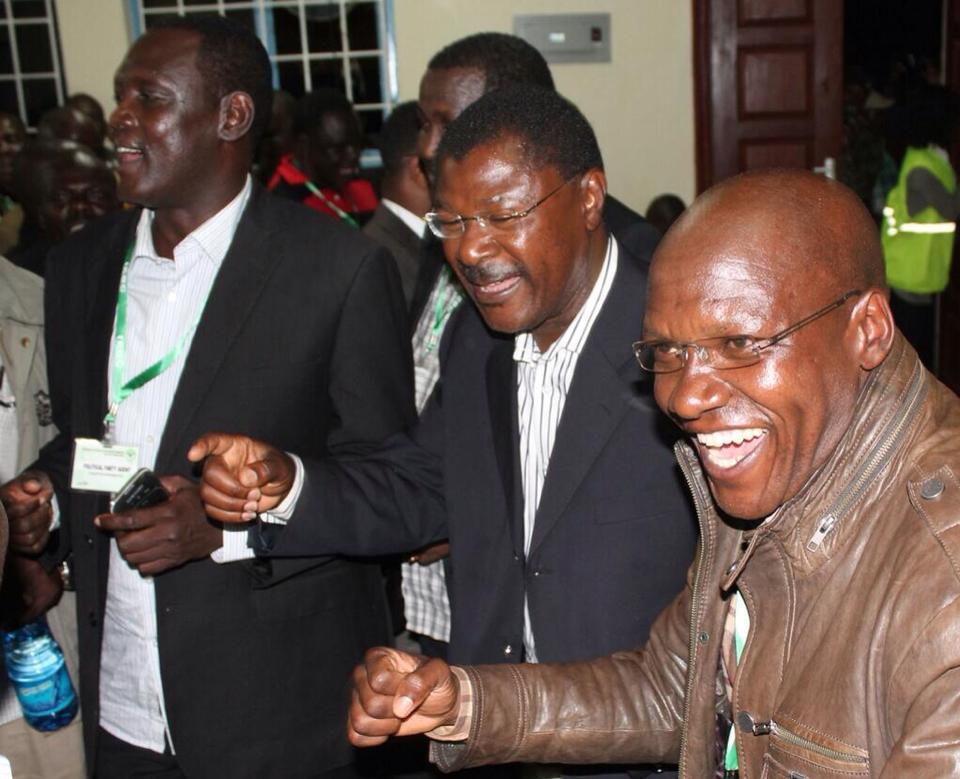 Senator-Elect and incoming Leader of Minority in the Senate, Hon Moses Wetangula does a celebratory jig with his supporters at the IEBC tallying center in Bungoma.

Musalia Mudavadi, he of the Mary Wambui’s political kiosk UDF is a man in total shame, his candidate Musikari Kombo lost big time in the Bungoma senatorial by-election.

Mudavadi who in weeks preceding the election issued a record high press statements attacking Raila Odinga in the hope that voters could vote for Kombo. Mudavadi has since refused to accept the results yet he was NOT a candidate!

Meanwhile ODM lobby groupÂ Vinara Â has congratulated the CORD Co-Principal on his resounding victory. The people of Bungoma, and indeed Western, have spoken and their voice had been heard! they thanked the Rt Hon Raila Odinga and Hon Kalonzo Musyoka for their leadership and support in the by-election.

They also did commiserate with Engineer Peter Kimori who put up a brave fight in Bomachoge saying there was reason to be proud of the dignified showing.

All in all, ODM, WDM, FORD Kenya and indeed the entire CORD fraternity has a reason to celebrate. However, in their celebrations, they MUST always remember that they have a calling to serve the people fulfil CORD’s promise of seeking to ensure a just society, jobs, infrastructure and economic development is achieved