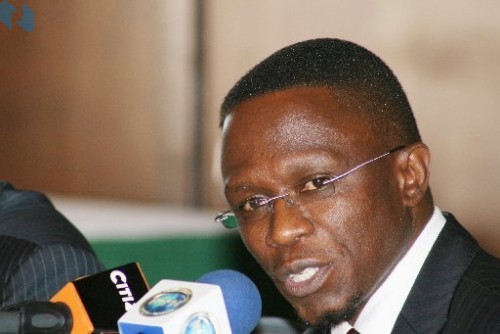 Hon Namwamba was elected to Parliament in 2007 to represent Budalangi Constituency on an ODM ticket. An able debater, articulate and courageous; Ababu is viewed by many as a reform voice in the current crop of leaders.

Hon Namwamba was born at the source of the great Rive Nile in Jinja, Uganda to Kenyan parents on December 23rd, 1974. The last born in a family of eight, he grew up in Jinja and Kampala and, and later in Port Victoria, Eldoret and Nairobi, Kenya.

Namwamba is a distinguished alumnus of the prestigious Fulbright Scholarship and Hubert Humphrey Fellowship.

Hon. Namwaba is a first-term Member of Parliament for Budalangâ€™i Constituency and has served as the ODM Parliamentary Secretary since 2008. He chaired Parliamentâ€™s crucial Committee on Justice and Legal Affairs and also co-chaired the defunct Parliamentary Committee on Constitution Review that shepherded Kenya to a new constitutional dispensation.

He chaired the landmark Parliamentary Select Committee on Cost of Living. Further, he serves on Parliamentâ€™s Committee on Delegated Legislation; and is the Secretary of Bunge Football Club, of which he is the lead striker holding the all-time record of most goals scored.

Before his election to Parliament on his first attempt in 2007, he served as Chief Counsel at the Chambers of Justice (a Public Interest Foundation); headed his own law firm, Ababu Namwamba and Co advocates.

As a Member of Parliament, Ababu Namwamba has quickly established a distinguished profile as a fine legislator, accomplished debater and fearless defender of the public interest. He holds the record of having sponsored and pushed through the highest number of Motions in the 10th Parliament.

In 2009, Ababu was voted a â€œYoung Global Leaderâ€ by the World Economic Forum, joining an exclusive roll of honour of the worldâ€™s top young leaders. In 2003, he won the Jubilee Global Award for Social Justice in recognition of his international human rights work. The Hubert Humphrey Fellow was a firebrand student leader at the University of Nairobi, where he also chaired the Kenya Law Students Society (KLSS). He has met and interacted with top world leaders, including former UN Secretary General, Kofi Anan and US President Barack Obama.

Hon Namwamba was named to the cabinet in reshuffle announced by President Kibaki on Wednesday late afternoon upon consultation with the Prime Minister.
This was highly expected since the decamping of Mudavadi from the Orange party. Namwamba is viewed as very loyal to Prime Minister Odinga

Hon Namwamba was until his appointment to the cabinet a leading team member of the ODM Reloaded lobby that took part of the responsibilities of the defunct ODM Pentagon.