Former Vice-President Kalonzo Musyoka has announced that the daughter of the late Senator Mutula Kilonzo will contest the Makueni Senate seat on a Wiper party ticket.

The Wiper Democratic Movement and other CORD partners are preparing to unveil Ms Kethi Kilonzo next week before rolling out a marathon campaign to ensure the attorney who rose to fame during the Presidential election petition rides to victory on the July 22 by-election.

Hon Kalonzo Musyoka was speaking in Machakos Town where he paid a courtesy call on Governor Alfred Mutua.

Wiper chairman David Musila also announced that the party has planned a big event on Monday to be attended by ODM and Ford-Kenya leaders where the Cord candidate will be unveiled.

Former Prime Minister Raila Odinga who has been on a tour of the US and Ivory Coast is expected back on Sunday to meet other CORD leaders to strategise on the Makueni by-elections. 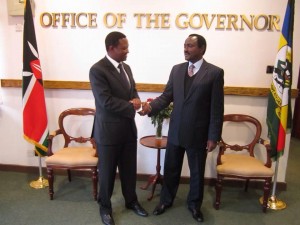