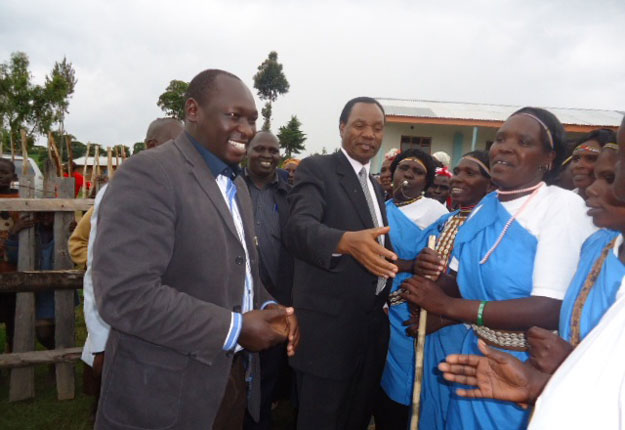 That A former MP from Rift Valley is experiencing hard times is no secret. That he would take his tribulations to a social event shocked most revellers who recently attended the Kass Night at the popular Carnivore Restaurant, Nairobi.

On the first allegation. the former MP rumored to be in the list of President Uhuru Kenyatta’s potential pick for advisor on Political Affairs. Now, you and me know that Uhuru cannot use any piece of political trash from the said politician. He owes his appointment to his bad-mouth. A nonentity who got elected due to the ODM Tsunami that swept most parts of Kenya in 2007, he would later gain prominence by being the most absurd in the Ruto corner.

For all the insults and abuses he unleashed on Raila Odinga, the mature, respectful people of his constituency rejected him wholesomely, however; UhuRuto, whose political bids the young joker articulate politician executed gallantly, will recycle him at Statehouse. Currently, he feeds his wife, children, pimps and concubines, and other hangers-on using the proceeds from this job.

During the Kass Night; the notable absence of all elected Kalenjin Mps, and the supposed ‘father-figure’ William Ruto, the Deputy President of the Jubilee Alliance government lurked everywhere. In hushed tones, Kalenjin professionals, many who openly supported Governor Isaac Rutto’s views on devolution, reified the absence of their leaders in the event was expected, noting that a great majority of people ‘back home’ feel they are just being used in parliament as voting tools and political appendages of President Kenyatta.

One reveller noted, “It is difficult to tell who William is today, at least, under Odinga, we could see him forcefully make decisions, not anymore.” This view of the diminishing stature of William Ruto, shared by others, emanates from the fact that Ruto seems to be countermanded on anything he does by the TNA wing.

“Take the teachers strike for instance, he was in a room negotiating while Kaimenyi (the education secretary) was closing down schools, then it turns out Sonko was the super man,” said another.

As the party went on, it was clear no Mp would be joining the revellers, at which point the former MP, the president’s advisor to be, attempted to address the crowd.

Incensed by the absence of notable politicians from the region, the former MP found himself where one Fred Matiang’i had been thrust by the Jubilee. He attempted to ‘represent’ both the absconding URP leaders and the presidency, under which he is a junior officer irrelevant in the pecking order of things. He was shut down, jeered and booed; he left in a huff, to prey on flesh outside.

Here is the information we gathered.

. . .as people were leaving carnivore the former MP who had parked his car a green range rover 4.6 hse facing carnivore entrance was calling drunk gals leaving the bash telling them he is a special advisor (designate) to the president n he need to have good time with them. . .

. . .i myself when I was leaving a young guy came n called a lady I was with n when she asked which mhe (mheshimiwa) he said the (former MP- name withheld), I became interested, the lady refused, the guy went back n spoke to him. We became interested n stood there at parking, we counted 7 other ladies being called by his pimp to his car. Most exchanged contacts with him. I left after 15 mins hivi as he was still trying his luck.

While a lot is going on the current government, this kind of embarrassment to President Kenyatta, who many people see as a good person, politics, is sad.