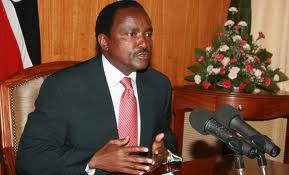 Issues of grave concern to CORD as raised at Press Conference today.
1.Â Â The failure of the Electronic Voter Identification devices in over 80 per cent of the country.

2.Â Â The law requires that voting results be transmitted electronically from Polling station to the National Tallying Centre before ferrying the actual results from the polling stations to protect them from being doctored.Â Â There has been a total failure of the Electronic Vote Transmission system and we have evidence that the results we are receiving have actually been doctors.Â Â In some cases, total votes cast exceed the number of registered voters.Â Â For example Bureti, Kajiado South, Runyenjes, Wajir North and Kathiani among others.

4.Â Â Refusal by IEBC to allow CORD agents to witness and verify the tallying at the Bomas of Kenya.Â Â In fact they were literally kicked out.

Because of these concerns, CORD takes the position that the national vote tallying process lacks integrity and has to be stopped and restarted using primary documents from the polling stations.