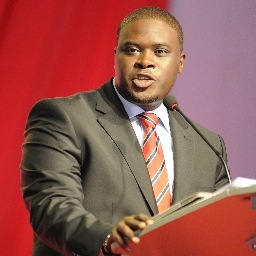 [wpsocialite]
Yesterday 11 June,Â  some 5 out of 8 members ofÂ  President Uhuru Kenyatta’s party-TNA’sÂ  National Executive Council met and passed a resolution to suspend Johnson Sakaja as Chairman.Apparently both chairman Sakaja and Secretary general Onyango Oloo core members of NEC were not in attendance in the night meeting.

The NEC members are applying the “not so clear” provisions of the political parties Act to get Sakaja out- they argue thatÂ  as a nominated MP Sakaja is a state officer and so he should hold any position in a political party. Only few weeks ago it was reported that some officials had pilfered millions of shillings from the party,with such mass resources up for control it is typical Kenya style to have wrangles that often take a tribal angle, for this case Sakaja will need support from powers that be to survive the tyranny of numbers.

Immediately the information of the night meeting resolution was communicated, Sakaja came out on his Facebook and Twitter pages rejecting the move as illegal and non-binding insisting he remains Chair until the party convenes the National Delegates Conference!

“I remain Chair of TNA. That illegal night gathering (without quorum) has no implication. Interested Applicants should wait for NDC & face me”Â  Sakaja said on a post in his Facebook page

Sakaja should be a worried man, “will he be quoting sections of law when Registrar of Political Parties Lucy Ndungu accepts TNA returns not signed by him?” wondered a leading pundit on Facebook!

Sakaja and Oloo have beef emanating from the party’s list of nominees presented to the IEBC and subsequent nomination of the nominees to the National Assembly and Senate, of worth to mention is the court petition filed by one Lydia Mathia challenging Naisula Lesuuda’s (she of the luxury jet saga)Â  nomination to the Senate. Onyango Oloo supports Lesuuda while Sakaja supports Lydia.

Here is how the Jubilee leaning Jackal News- aÂ  media and political gossip platform reported of the internal wrangles:>

I am vexed by the galling pattern of behaviour displayed by top TNA officials who are locked in stupid power games that if not contained, could undermine and ultimately destroy President Uhuru Kenyattaâ€™s party. On one side is TNA chairman and nominated MP Johnstone Sakaja and on the other side is secretary general Onyango Oloo.

The background is comical. TNA party forwarded the names of the two ladiesâ€™ to the election board with a view of nominating them. Mathiaâ€™s name was listed first, but the election board pushed in lower because names that had been listed higher were from the Kikuyu tribe. Instead, the board pushed up Lessudaâ€™s name, citing regional balancing. Lesuuda hails from the minority Samburu community.

All said and done, Lesuuda was nominated and Mathia missed out, prompting her to move to court citing discrimination. Naisuula followed suit, asking the court to throw out nemesisâ€™s application.

But here is the real story. Kenyattaâ€™s party is in deep trouble.

It appears to me that Mathia, herself a TNA party, expected to be backed by her colleagues, but that never happened. She was furious, rightly so, prompting her to seek legal redress without the blessings of the partyâ€™s National Organising Board. Sources say she brought shame to the presidentâ€™s party.

Meanwhile, furious and cover-my-ass emails were exchanged; throwing salvos left right and centre. Indeed something was and is damn wrong. Officials took side; on one side was Sakaja backing the fuming damsel and the other was Oloo and other officials backing Lesuuda.

As a purveyor of information â€“ news and gossip â€“ Naisuula felt vulnerable. She knew somebody was after her ass. At one point, she contacted bloggers inquiring whether they were enlisted to bring her down. Most bloggers laughed and assured her she had nothing to fear because the problems in TNA were more about the party structure than her.

Then came in allegations that some officials had pilfered millions of shillings from the party, allegations that are yet to be investigated; but nobody knows where these bad blood is headed.

My fear is â€“ the party of the President would be in trouble beyond the service. â€œThe party is divided into two and something must be done to save it, and that something should be done now,â€ a source said.