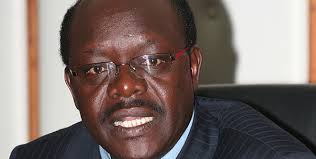 It now emerges that Mt Kenya mafia had blocked Dr. Mukhisa Kituyi’s nomination to a major UN job, in a detailed interview with the Sunday Standard, Dr Kituyi hit at the present and previous regimes for fronting incompetent candidates for vacant UN positions that they end up losing to candidates from other countries.

“…..We have never done well on this frontier. We tend to give undue emphasis to tribal and other parochial considerations. ” Dr Kituyi said.

The Standard captured the raw move by extreme tribal elements close to President Kibaki who tried to turn down the then Foreign Affairs Minister Moses Wetangula’s proposition that he (Kibaki) should lobby for Kenya’s finest -Dr Kituyi to get the a top job.

He had summoned top Government officials in his entourage to brainstorm over the agenda for the bilateral talks with the UN boss.

Among other key issues, Wetangula suggested that Kibaki lobbies the candidature of Mukhisa Kituyi for the position of Head of United Nations Economic Commission for Africa (UNECA)â€“ to Ban Ki Moon. At this point, one of the Presidentâ€™s top aides restlessly tried to whisper something to him. Typically, Kibaki parried him away, prompting the aide to scribble something on paper and slip it to him.Â

Upon reading it, the President took deep breath and turned wild with rage. He banged the table and confronted his officer. Kibaki even placed the â€œsecret messageâ€ on the table for all to see. It stated, â€œWe already have our own candidate for the positionâ€.

â€œWhat do you mean by, â€˜our ownâ€™? You mean your tribesman or village mate? Isnâ€™t daktari (Dr Kituyi) our own? Has he not stood steadily with my Government since 2002 and is he not competent enough?â€ a senior Government official, who was present, recalls Kibaki protesting.

Despite the Presidentâ€™s reprimand, the anti-Kituyi schemers did not relent. They quietly pushed the candidature of an envoy based at a top strategic capital in the West, who missed out altogether. The connivance was a blessing in disguise for Dr Kituyi. Dual candidature may have failed, but exposure of his capacity to the top leadership in the UN was a gain for the future.”